Why Cats Come and Go from Your House 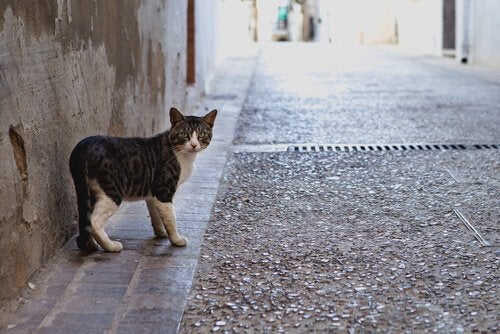 Cats go out into the streets out of curiosity, because they are in heat or they want to socialize with other cats. However, they have a few reasons why they would ever want to come back home.

If cats are known for anything, it’s for the fact that they come and go from the house as if it were normal. They leave, spend a few days out of the house, and then return when you least expect it, or right when you’re desperately thinking he’ll never come back. In today’s article, you can find out why cats come and go from your house.

Why your cat leaves the house

This has always been a mystery. You as a cat owner, try to do everything you can to take care of his needs and he’s not lacking anything at home. However, they still like leaving. Why? One of the main reasons is their independent nature.

A cat is one of those animals that don’t answer to anyone, who want to do whatever it pleases and whenever it pleases. You could say that they aren’t attached to anyone. They are curious animals by nature, and they like to explore and discover things they don’t know about. They know that by leaving home, they can fulfill this desire.

Another reason why a cat leaves home is because a female cat is in heat. If that’s the case, and the cat has easy access to the outdoors, don’t think she’ll stay inside. Before you know it, she’ll be gone to find a partner.

This will especially be a problem when your cat is a female and not a male, although the latter knows very well when female cats living nearby him await them, and he won’t hesitate to go out looking for them.

Keep in mind that some female cats go through heat early, at 4 or 5 months old. Therefore, you should sterilize them if you don’t want your cat to get any health problems. The same advice goes for male cats.

Cats, despite being independent, like to wander in packs, because that’s how they like to live and hunt. This instinct, which comes from wild cats, is probably another reason why cats come and go whenever they want. They do it because they want to socialize with other cats, it’s a need they have to fulfill.

Although it doesn’t happen often, it’s possible for a cat to have an even more independent nature than normal. He’ll want to live freely, without depending on anyone and without having to take anyone’s orders. In such cases, a cat might come and go as long as he doesn’t find another place to eat. Once he does, he’ll disappear forever.

Why cats come and go

Now that you know the reasons why cats leave your home, you should also know why they come back. The answer might surprise you. It has always been said that the main reason why a cat who has left home and comes back later is because he has his food supply there.  Well, studies have shown that that is not entirely true.

An analysis done at the University of Oregon picked out 50 cats living in a domestic environment. They were isolated for a few hours, without toys, food or water, social interaction, people, or other cats. When they decided to remove them from isolation, 63% preferred interaction with humans, compared to 37% that were only there to receive food.

This shows that dogs aren’t the only animal that’s man’s best friend. Cats, too, can create very strong bonds with their owners, seek their affection and love always, and not just when they want it. This fact can make you think differently about the idea that cats are selfish creatures.

There is proof of this with a kitten named Holly, who was in the news a few months ago. She got lost on a vacation about 300 miles from her home. She never stopped trying to find her way back until she finally made it home 62 days later. Although she fainted a few meters away from the front door, once she awoke, she didn’t want food or water– she wanted to be with her owners. Isn’t that enough evidence to prove that cats love their owners over food?

So, despite the myth about cats being independent and selfishness, obviously their love for their owners goes far beyond what most people have believed. That’s one of the strongest motives for our cats to come home.