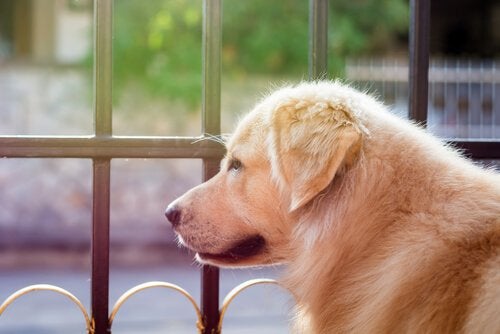 The important thing is not how much you have, but what you do with what you have. It says a lot about a person. And using part of your wealth — which should not always be measured in money — to help rescue dogs is a wonderfully kind thing to do.

That’s what actor George Clooney and his wife, lawyer Amal Alamuddin, did! The couple donated $10,000 to help nine Cocker Spaniels that had been rescued from an unscrupulous breeder.

The dogs were living in a house in California, in the Mojave desert, when members of Camp Cocker Rescue arrived. They discovered a heartbreaking scene. Many of the dogs required urgent veterinary attention.

Since the organization is supported mainly by donations, it requested immediate financial support to pay the expenses incurred in liberating the dogs from their horrible conditions and caring for them after the ordeal.

On the organization’s website, they asked for contributions of 5 dollars. So it came as a huge surprise when the organizers  discovered that they had received a $10,000 donation! They were even more amazed when they saw who the famous donors were.

Camp Cocker Rescue asked the couple if they could make their contribution public as a way to encourage other people to help the center out, which operates as a non-profit.

Here is a video of the Cocker Spaniel rescue.

Clooney, committed to life and cinema

The donation is actually nothing new from Clooney, who is much more than the “most eligible bachelor” he was until he fell in love with Alamuddin. Clooney has always been a person to back up his conviction.

Even from an artistic point of view, when he decided to also work as a director behind the camera, his political commitment was evident. Alamuddin is also deeply involved in human rights. For example, she was one of Julian Assange’s lawyers in the famous WikiLeaks case.

It shouldn’t surprise us, then, that the couple would put their wealth and fame to work on the behalf of helpless animals.

But returning to the nine rescued Cocker Spaniels, we’re happy to report that they now have the possibility of a better life. Before, they were treated as mere merchandise. It appeared that the dogs had never received any kind of veterinary care and little contact with humans. Many lived outside in the open.

Many had serious health issues, including:

While all the dogs needed veterinary attention, Abigail was the one most urgently in need. The dog had huge tumors in her chest on both sides of her body. In addition, while some of the animals were very thin, others were overweight, both of which indicate malnutrition.

The good news is that the dogs have shelter now and will be able to recover, thanks to the goodness and action of the Clooneys and other generous people. Even though there are so many animal abusers in the world, there are also good people who want to rescue dogs. And you don’t have to be famous to help!