My Dog ​​Is Not My Child, But I Am His Parent

Giving care and love are fundamental aspects of responsible ownership 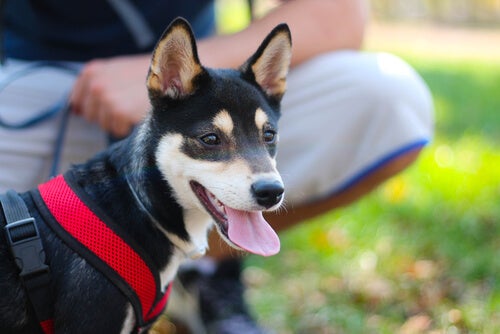 pecialists warn about the dangers of humanizing our pets. Below, we will review the reasons to say, “My dog ​​is not my child.”

The origin of the sensation

Some experts claim that the concept of animal sensibility arises during romanticism. It is supposed to be related to the acceptance of expanding rights and laying the foundation for another less exclusive kind of ethics.

Others claim that the humanization of pets is a clear indicator of the transformation of the concept of family. On the one hand, it heralds the individualism of our times, where a pet appears as the connection point for the family.

On the other hand, it reveals humans’ difficulty with communicating and expressing feelings. In the context of ethical crises, the breakdown of the sense of trust leads to seeing dogs as purer beings than human beings.

For many passionate masters, this sounds poetic. But not recognizing the moment when to say “the dog is not my child” can lead to animal mistreatment.

Why should I understand that my dog ​​is not my child?

In the first place, it must be recognized that humanizing a dog is not respecting its specific characteristics. Each species has its own needs, because its body is not the same as that of humans. In addition to bad habits, this can generate health problems.

Food is a good example. Many owners consider it caring to share their food with animals. But in reality, the consumption of cooked, seasoned and/or processed foods causes serious disorders in the pet’s stomach.

Another example is the spread of clothes and shoes for pets. It may seem pretty, but it is not advisable for the animal’s body. By putting shoes on your dog’s feet, his perspiration is blocked and contact with the ground is prevented. Basically, this innate impetus is removed from this area, altering nature.

Excessive humanization also tends to cause behavioral and/or temperamental problems. Shyness, aggressiveness, excessive barking, hyperactivity and “blackmailing” behaviors — all are clear examples of unwanted behaviors that derive from the dog being humanized.

On the other hand, the lack of limits between the human and the animal can signify a loss of the human being’s psychological balance.

Good education and the discipline teaches a dog to live better alongside people and other animals. The process of socialization decreases the likelihood of aggressive behavior, especially in the case of a dispute over territory.

On the contrary, humanization and irresponsible upbringing tend to feed the feeling of possessiveness, which ends up causing accidents in the home with people and/or animals who are invited. An unsocialized dog tends to isolate itself and its owner to exercise control over his territory.

In addition, a lack of coexistence with peers is not positive for either the dog or its owner. Although it is possible to establish an interaction between humans and animals, it cannot replace dialogue and rational learning.

The first thing is to understand and repeat to yourself the phrase: “My dog ​​is not my child.” That does not mean loving him less or depriving him of affection. But do impose limits between your space and his space.

The dog must be integrated as part of the “pack” that is your family, but never as the leader. Otherwise, he will do everything possible to assert his will. Including destroying household objects and/or becoming violent.

Therefore, it is essential to learn to say no, even though he gives you the most tender expression. Denial is necessary for education. It is ideal to start the process of education and socialization during the first 4 and 20 weeks of life. Puppies have the most malleable character and are easy to mold.

It is important to teach him the basic commands such as to sit, to stay, to wait, to answer to his name and to go to bed. You can also propose various tricks and train him professionally.

On the other hand, it is not advisable to teach the dog to get on the bed or to ask for food at the table. The animal must learn to respect the spaces reserved for humans. Maintaining privacy is essential in all kinds of relationships, including with pets.

Positive reinforcement is essential to affirm good behaviors. On the contrary, violence inhibits learning in all species. Because my dog ​​is not my child, but he is my responsibility.