Can you have a hedgehog as a pet? 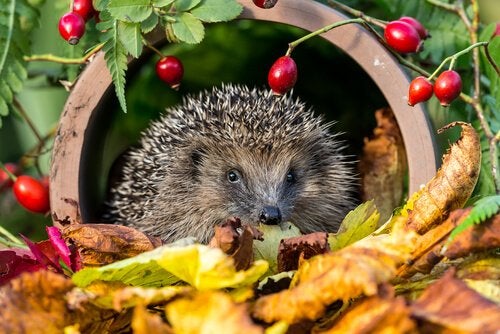 Different animals are becoming more trendy to have as pets. The days of only having cats or dogs are gone because nowadays people are wanting to have ferrets, snakes and other exotic pets. In fact, many people do wonder if they can a hedgehog as a pet. Have you ever thought about adopting one?

Is it possible to have a hedgehog as a pet?

Most likely at some point in your life, you’ve seen a hedgehog rolled up into a ball and thought that it was absolutely adorable. That’s because they truly are, and their personality makes them very good pets.

However, like all pets, they also come with their pros and cons. Continue reading to find out if a hedgehog is a right pet for you.

Advantages of having a hedgehog as a pet

Although many people worry about hedgehog quills, they’re actually nothing more than hollow hairs surrounded by keratin. It’s true that they show them before they attack, but it’s unlikely that they will use them against you if you treat them with affection.

Disadvantages of having a hedgehog as a pet

Based on the information above, you’ll be able to decide if you want and can have a hedgehog as a pet. If you decide to have one, you will definitely fall in love with your hedgehog!

We've seen hundreds, maybe even thousands, of pictures of beautiful dogs and cats on the internet. Some of them are…

Animals
The Best Birds to Have as Pets

This animal is quite a charming pet that has become popular in recent years. One of the reasons for this…