In a Siberian Tiger's Footsteps

RT Documentaries offers an interesting chapter entitled "A Walk in a Siberian Tiger's Footsteps". It addresses the relationship between the Siberian tiger and human beings in modern day China. It also shows us the efforts the Republic of China is making to save the species from extinction. 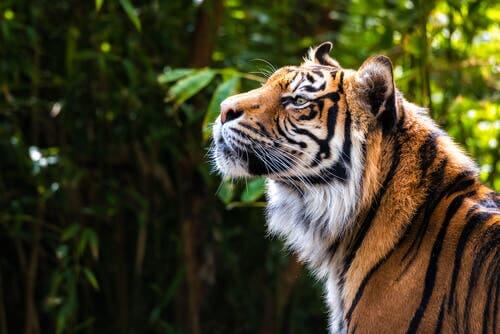 Tigers are the largest felines to roam the earth today. This species, after thousands of years of evolution, is capable of surviving and adapting to a variety of ecosystems. However, the expansion of human beings has led to an invasion of tiger territories. To draw attention to this issue, RT Documentaries has produced an episode that features the Siberian tiger. Entitled A Walk in a Siberian Tiger’s Footsteps, it examines the case of this local subspecies in particular.

Sadly, human invasion has greatly affected the Siberian tiger’s territory. And this phenomenon has caught the attention of numerous researchers from around the world. As a result, they’ve been making attempts to raise awareness about the importance of solving this problem.

The Siberian tiger is an extraordinary animal and losing it would be a tragedy. Therefore, we need to pay attention to their current situation and do what we can to improve it.

In a Siberian Tiger’s Footsteps: A documentary to reflect upon

This documentary (available on YouTube) takes a look at the Republic of China’s efforts regarding the Siberian tiger’s conservation. Fortunately, the Chinese government is developing a series of conservation programs to save this tiger from extinction. However, there are two major obstacles to overcome:

The conservation of the Siberian tiger’s habitat

A fundamental element in the recovery of the tiger populations is keeping their habitat in the best possible condition. That’s because the conservation of their ecosystem has a direct impact on the amount of prey available. And, of course, without prey, these giant felines cannot survive.

The importance of environmental balance became evident during the 1980s. In Primorsky Krai, a region of Russia, an outbreak of a bovine plague decimated the wild boar population. What’s more, a dense snowfall killed off a large number of roebucks, deer, and other possible tiger prey.

As a result of this food shortage, tigers began to attack the nearby towns in search of livestock. Logically, this behavior produced deep unrest in the region. And as a result, a number of tigers were killed out of fear of repeated attacks.

Given this event, there’s no doubt about the delicate balance that exists between tigers, humans, and the ecosystem. Conserving the Siberian tiger’s habitat is fundamental in allowing these animals to establish hunting grounds. At the same time, it prevents fatal migrations toward human settlements.

Tigers need their own territory in order to avoid the need to interact in any way with human beings.

Controlling the hunting of tigers: A major challenge

Today, China is following the footsteps of the first nature reserves in Africa driven by hunters that changed their vision to a conservationist model. In China, as in Africa, these hunters share their knowledge about the life habits of the Siberian tiger.

Fortunately, these ex-hunters have joined up with the Chinese government in order to preserve the species. They know the techniques and procedures of those who continue to hunt tigers today better than anyone. In fact, they can anticipate and put a stop to many of these possible hunting attempts.

The evaluation of the tigers’ health is conducted passively. Given the Siberian tiger’s evasive behavior, there are very few individuals that allow for observation in their natural habitat.

Therefore, specialists obtain information regarding the health of these tiger specimen by studying the excrement they leave behind. For obvious reasons, this system provides limited data, and contrasts with the exhaustive revisions that tigers in captivity undergo.

Tigers, like so many other animals, have seen their lifestyle threatened by human beings. However, we still have time to remedy our actions.

We can be the solution to this problem

A Walk in a Siberian Tiger’s Footsteps shows us we can improve the Siberian tiger’s chances of survival. While we are to blame for endangering many species, we can also be the solution.

Rather than simply highlighting the negative aspects of this situation, it’s important to focus on the solution as well. We must reflect and recognize that there are better ways to relate to the animals on our planet. And, if we choose them, we’ll be able to continue sharing our world with them in a more harmonious way.

We must support preservation projects of different species and raise awareness about them. That way, more people will understand what we can do to guarantee the survival of the planet’s biodiversity.

Are All Animals at Risk of Extinction?
With all the animals on the endangered species list, you might be wondering if all animals are at risk of extinction. Read this article to find the answer. Read more »
Link copied!
Interesting Articles
Wild Animals
Ecological Succession: Do You Know What it Is?