No to the Embargo on Pets 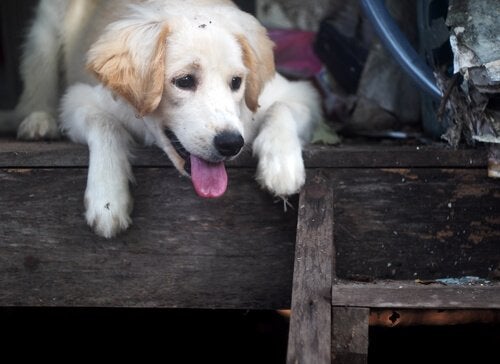 Treating animals as objects is something that never seems to end. In spite of studies that show animals do have feelings and the clear demonstration that we have feelings for them. But there are still people who do not see animals for what they are: living beings who can feel. This is why we are talking about the pet embargo issues today.

The Treasury Department stipulate that pets who have an economic value, can be seized. Another reason to encourage the adoption of non-purebred dogs.

Pet embargo began in the case of a man who owed a lot of money that he could not afford to repay. They began to block his current accounts, wanted to seize his house, his car, his furniture and even his dog! The man previously bought his purebred dog, despite knowing that dogs should be adopted and not be bought.

When he stated his case, alleging that his dog was not an object of possession but a member of his family, the judge ruled in favor of the Treasury Department. This case became the preceding foundation at which the pet embargo lay.

Obviously, this would not be a personal decision. Purebred pets do have a high economic value and this does mean that they can be seized. According to the decree that allows this act, family pets are livestock and are even listed next to furniture!

Separating pets from families is cruel and it is the animal who suffers, even though they are not responsible for the actions of their owners. In this instance, pets are sold to new owners and have no control over the life that awaits them.

This action is also humiliating and harmful to the people who lose their pet. As we know, pets influence their owner’s happiness and emotional health.

Pets are not the only animals to suffer through this decree, livestock are also at risk.

Do animals have feelings?

This has been a topic of debate over the years. Various studies have shown an imminent truth: yes, animals do have feelings.

Many animals instill an irrational panic in man and people have come to think that animals are led only by instinct. There was a time, when people believed that animals had no capacity to feel. However, since we have owned and lived with pets, we are starting to move towards a different response.

Pets have shown different feelings over the years and since they have lived with human beings. These are the most common:

These are just some feelings that our pets show us every day. Along with their loyalty and empathy, which have no limits.

My Animals never put ourselves on one side or another in a dispute. Although, when it comes to protecting animals, we cannot remain passive. We are not in favor of seizing animals because animals are not possessions or goods. An animal is a member of the family and a friend for life.

What do you think?