The opening of Taiwan's first blood donation center for dogs is a great example of just how far animal welfare efforts have come in the last few years. 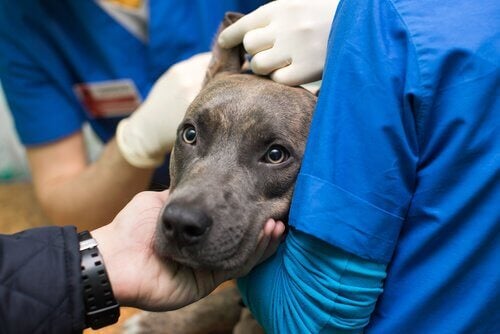 In spite of all the bad news we hear on an almost daily basis when it comes to animal abuse, there are some signs that humans are developing a greater understanding of just how much care and respect these creatures deserve. The opening of Taiwan’s first veterinary blood donation center for dogs is a great example of just how far animal welfare efforts have come in the last few years.

The National Pingtung University of Science and Technology in South Taiwan has opened the country’s first canine blood donation center.

The aim of this project is to create a national blood bank for dogs, as well as cats and other animals. They hope to be able to open other centers around the island, and conduct research into chronic canine illnesses.

Blood donation for dogs in other countries

While there are, in fact, many countries that have animal blood banks, many of them are private ventures. This means that not every pet that needs a blood transfusion has access to it.

The opening of Taiwan’s first canine blood donation center saw them join countries like Mexico, which opened the Veterinary Blood Bank in Yucatan back in 2015. In Spain, for example, they also have the Complutense University Veterinary Hospital in Madrid.

Increasing awareness of the importance of blood donation

Just like it did elsewhere, the opening of Taiwan’s blood donation center got the attention of many animal lovers, who immediately took their pets to donate. With any luck, this enthusiasm will only increase over time.

Encouraging owners to take their pets to donate blood is no simple matter. It’s hoped that this type of initiative will help to permanently increase the number of animal blood donors in the country.

All dogs need is to meet a series of criteria before they can become eligible to donate blood:

The canine procedure for donating blood is similar to the one used for humans.

The animal is placed on a table, and a patch of fur is shaved off its neck. It is here that they introduce the needle and extract 15 fl oz of blood.

It doesn’t take too long, only around 20 to 40 minutes, and they can donate every 4 months. The blood donated can be stored for around 35 days, while the red cell concentrate can be kept for around 20 days.

If it’s frozen, the plasma can be used up to a year later.

One donation of blood can save two lives. This is because the blood is separated into plasma and red cell concentrate.

There are up to 8 canine blood groups. A dog can only receive a blood transfusion from an animal with the same or a compatible blood type.

Canine blood groups are quite different to human blood groups and are much more complex. Humans can have blood type A, B, AB or O. Each of these groups can be either positive or negative, depending on whether or not the Rhesus factor (Rh) is present.

Just like in humans, a transfusion of incompatible blood will cause a dog’s body to reject the blood, putting its life in serious danger.

One important difference between dogs and humans is that puppies can receive a transfusion of any blood type. A puppy’s body can’t produce the necessary antibodies to destroy incompatible blood. This is a huge advantage, as it means that they can receive blood from any canine donor.

This is definitely not the case with human babies, whose bodies will reject incompatible blood. 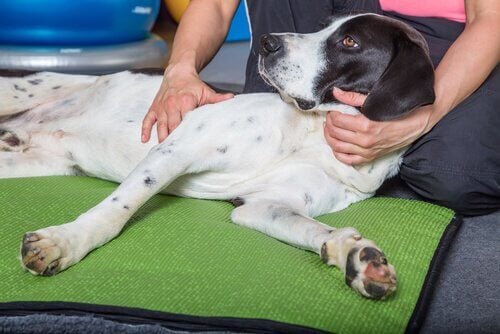