When My Dog Stops Being a Puppy 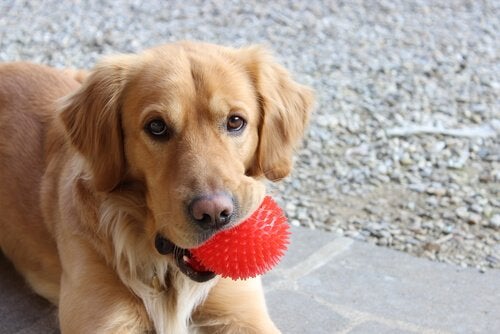 Maybe you’re used to having a little furball at home, but inevitably he will grow up, even if you wish he wouldn’t. And of course, a lot of things will change now that your little friend is growing, because your dog is no longer a puppy. But how do you know when your dog has stopped being a puppy so that you can make the proper changes?

At what age does my dog ​​stop being a puppy?

There’s no one-size-fits-all age for when a dog stops being a puppy. It will mostly depend upon the breed of the animal. Here are some examples:

It’s important to know because when a dog undergoes the transformation from puppy to adult, you’ll have to change his diet.

Puppies use up huge amounts of energy, so in addition to the necessary vitamins and proteins, their food should also be high in fat, or in other words, energy.

In addition, the dog food should be crunchy in order to strengthen his teeth. Although many think that it’s good to wet the puppy’s food with water or milk, that’s not true at all. Soft food will not help his teeth develop properly.

We recommend going with a well-known brand that may be a bit more expensive but will be better for your puppy in the long run. Also remember that your puppy should eat between 4 to 6 times a day, since they will use up a lot of energy throughout the day. They should not be huge portions, just consistent.

Reduce it to about four servings once he’s two or three months old; three between four and six months; and after six months, reduce it to two meals a day. But the whole feeding process for puppies will change as soon as your little buddy becomes an adult.

When your puppy becomes an adult, his feeding must change. Hence the importance of knowing when this transformation happens. When your dog stops being a puppy, the amount of food should decrease greatly.

Starting at twelve months for small and medium-sized dogs or 18 for large-breed dogs, he should eat twice a day, max. The recommended amount is once, but if your dog seems hungry, you can split the amount into two portions. Remember that does not mean that you should double the ration. Rather, divide the amount of food into two.

Food is the foundation of your pet’s growth and health. That’s why it’s so important to be very alert to any changes you see in your puppy. Knowing when he stops being a puppy and turns into an adult is vital if you want him to grow well and be healthy.

If your puppy is adopted and you’re not sure about his age, ask the vet. They will give you some guidelines so when you have to make changes, you can be sure you’re doing so at the right time.

Making your dog happy seems very simple. They're happy with anything we give them, no matter how small. They don't…