Home » Nutrition » Dogs » Tips and Curiosities » When Should You Bottle-feed a Puppy?

When Should You Bottle-feed a Puppy?

When the circumstances are not favorable for the puppies to be nursed by their mother, there is a formula made specifically for them, as well as a type of bottle that fits their small mouths. 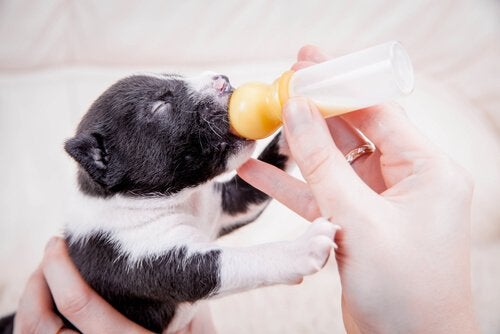 If your dog has had puppies, there may be several circumstances that would make it necessary for you to bottle-feed a puppy. This is not usually the general rule. However, in the case of an exception, you need to be informed about what might happen.

In what cases should you bottle-feed?

You know that in order for a puppy to imprint well, it would better for the puppies to grow up with their mother and siblings until the age of two and a half months, but this is not always possible due to several circumstances. Here are some of them:

The puppy could be an orphan

Sometimes a female dog could die during childbirth and her puppies would be left helpless. Does that mean they must die of hunger? Obviously not, especially if they have you around to prevent it. Here are some of the main cases in which you have to feed a puppy with a bottle:

If the litter is large, it’s possible that the mother might not have enough milk for her litter. It’s necessary for the puppies to drink their mother’s milk until they’re full. So in case their mother runs out, it will be necessary to supplement their diet with formula.

This is something that doesn’t that often. Sometimes mothers produce poor quality milk, due to it not maturing or even because of an unknown infection or disease.

In this case, poor quality milk would cause the puppies to become dehydrated and malnourished, which would cause them to lose weight rather than gain weight (which is what normally happens).

How do you feed a puppy with a bottle?

In the extreme cases that you have to bottle-feed a puppy by force, you must know how to properly do it and with what in order for this type of diet could help the puppy develop healthily.

This is a very important point because a puppy’s stomach isn’t able to assimilate just any kind of milk, much less that of the cow. So, if you need to bottle-feed a puppy, talk to your vet, but by no means should you give them cow’s milk.

Therefore, you will have to give the puppies a special formula that you can get in pet stores and veterinary clinics. There formulas of different qualitys and you can be successful in raising the puppies, even if you only feed them formula.

This is another important point to consider because using the human baby bottle will not work either. Consider that when the puppies come into the world, they are no more than 10 centimeters long. Therefore, their mouths will be smaller than that of a baby. As a result, they require certian characteristics for their bottles.

Additionally, bottles that are especially designed for puppies have precise measurements that can help you to find out the amout of formula you feed your puppy. The veterinarian will be the one to determine this. Also, he/she can help and guide you on which bottle will be the best type for your puppies.

How to bottle-feed a puppy

This is very easy because you can do it in your own bed while lying down as if you were going to sleep. You don’t have to pick them up because a puppy’s natural position as they breastfeed would be lying down. So, if they’re in this position, they can easily latch on to the bottle.

After bottle-feeding the puppy, you have to watch the puppy to make sure they defecate at most one hour after feeding. If this does not happen, you will have to massage their belly and anus with a warm damp cloth. This will help stimulate the digestive system.

It’s really unfortuante if your puppies have been orphaned. Still, focus on them and help them to go foward in life. It’s not difficult to bottle-feed a puppy. It will only require a little time and effort during their first months of life. 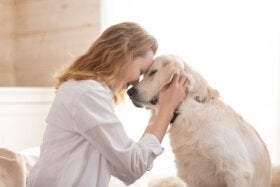 Tips and Curiosities
Why Your Dog Leans on You

Humans, accustomed to kisses and hugs, sometimes don’t know how to interpret the language of other animals. That’s why many dog owners often wonder why their dog leans on them, especially those whose dog isn’t very prone to licking or… 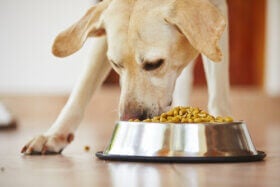 The old saying goes, you are what you eat. And it’s true that proper nutrition can relieve many of the symptoms caused by different illnesses. When it comes to our pets, the same is true. Therefore, we want to take this… 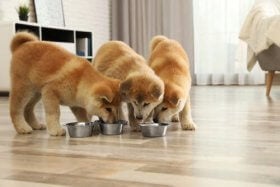 Now that you have a puppy, you’ll want to do everything within your power to make sure it enjoys a… 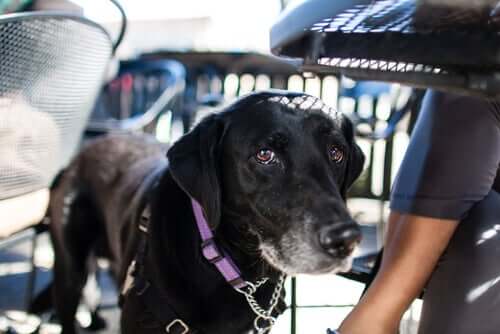 Few people like to leave their pet behind when going away for a few days. So, today we’d like to… 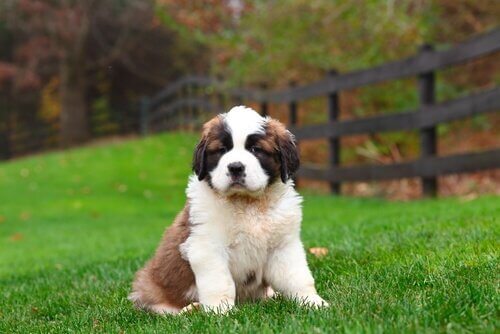 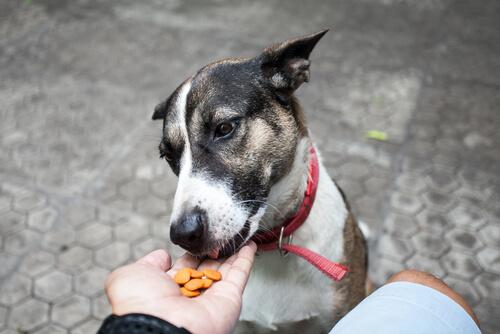 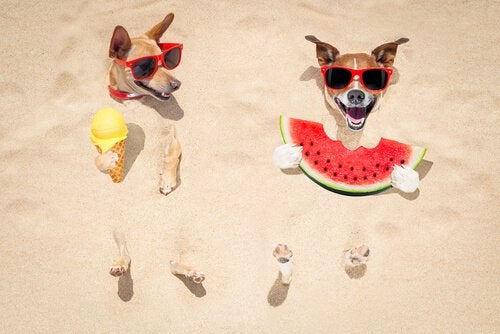 With the arrival of summer, it’s very common for pets to have less of an appetite. In general, it’s believed… 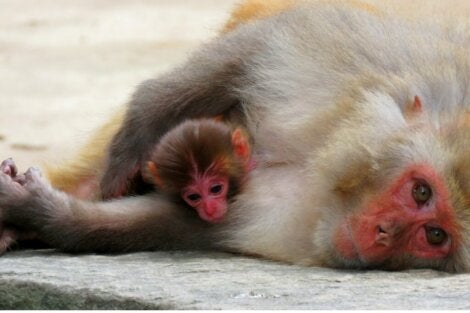 Animals develop various adaptive characteristics to cope with their environment. Among the most important of these is viviparity, a reproductive… 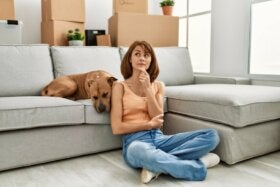 Dogs
8 Gestures in Dogs that We Misinterpret

The long-standing relationship between humans and dogs has made communication between the two species intuitive and simple. Even so, we can still misinterpret some gestures in dogs, because it’s so easy to confuse them with similar behavior in humans. This… 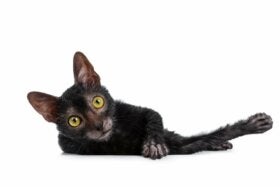 Cats
Lykoi or Wolf Cat: All About this Breed

The feline Lykoi or wolf cat is one of the most unusual breeds of cats around. The word Lykoi means “wolf” in Greek and when you look at this cat you’ll understand why! This feline is distinguished by having a genetic… 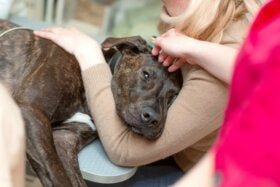 Pregnant dogs require attention before, during, and after pregnancy. Each of these stages requires specific medical care to help preserve…