Did You Know that Pain Makes Dogs Aggressive?

Though there are definitely other major causes, it seems like being in pain is one of the things that can lead a once peaceful dog to become aggressive. 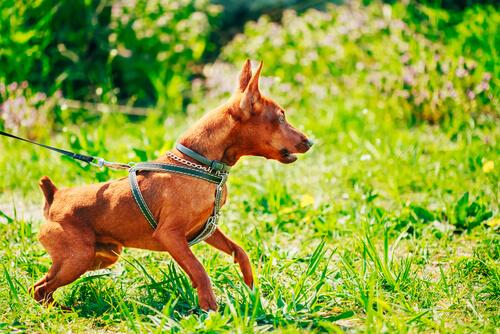 It’s not strange that aggressive dogs are the ones that have been hurt, or are in pain, and that this is where their violent behavior comes from. There are also studies now that have established a relationship between pain and aggressiveness in dogs. This would explain how some abused dogs can even end up attacking children.

The causes of aggressiveness

There are also some other things that can lead to threatening or aggressive behaviors, like weaning. Studies prove that dogs are definitely not born aggressive, they have been brought up to be aggressive.  But some scientists say you might be able to fight a behavior that is in their blood.

This theory of aggressiveness would explain how a dog could be sleeping peacefully at your feet, only to change a few hours later and violently attack you if you try to take away their food, a personal belonging, etc.

Scientists say that there are plenty of potential causes for violent behavior in dogs, even if yours is usually peaceful. One of those factors is pain, or feeling threatened. As we all know, pain causes dogs and even humans to lash out in anger.

There are cases where the pain theory perfectly explains why certain dogs have become aggressive when they had never been before. By measuring heart rates, they saw that most of these dogs were in a lot of pain, and that this is what made them aggressive. A good example of this are hip problems, which is especially common in large dogs.

We’ve all heard news stories where a violent dog attacks a child. It can even seem like children are their main targets. In fact, 60% of all serious cases of dogs biting humans involved children under 12. This is a worrying pattern, and has become a major area of study.

Pain is what makes many dogs aggressive

Even if a dog has lived with their adopted family for a long time, facts suggest that they could still turn aggressive towards their family or strangers. Having a painful condition is one answer to that.

Dogs with violent backgrounds generally become more aggressive. When they’re in pain, they attack more often, even in situations where they never had problems before, like giving them an order.

Some of the most common conditions that lead to increased aggressiveness include hypothyroidism, central nervous system conditions (intracranial tumors, etc.), liver conditions, and all kinds of other things.

Other things that can make a dog aggressive

Of course, pain isn’t the only thing that makes dogs turn aggressive. Being weaned too early (before the age of 2 months) is also a very common cause of violent behavior as adults.

Other causes include a lack of exercise, stress, genetics, and poor socialization as a puppy or adult. These all play in an important role when it comes to a dog becoming violent.

Any disorders they’ve gotten as a result of physical or psychological abuse are also a major cause of aggressiveness. Sadness, depression, mistrust, and violent behavior are all easily linked to an abusive past or present.

Blood can provide some important clues for detecting violent dogs. Some tests have showed that if we look at the hormones in their blood, we can determine whether they’re aggressive or not.

They’ve also noticed that violent dogs have less serotonin — a neurotransmitter — than peaceful, calm dogs. They also have higher levels of cortisol (the stress hormone) in their blood.

If you have a large dog and you’re worried about it becoming aggressive, doing a blood test could give you some helpful information.