Even though some people like to believe this behavior is related to something mystical, in reality it's only a why canines express themselves. Dogs inherited it this behavior from wolves—their ancestors—who howl to warn their packs about danger or potential meals. 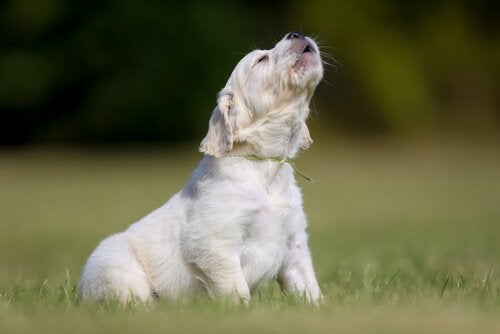 Beyond any myths or popular beliefs, this article explains several reasons why dogs howl. This way, you will know what’s happening with your pet and what you can do to help him.

Why Do Dogs Howl?

This canine behavior has nothing to do with ghosts or full moons. There are several reasons why dogs howl, and most of them are related to their wild ancestors. Dogs are the descendants of wolves. Some of the more ancient, Nordic breeds even bark entirely different from other breeds. The Siberian Husky is a perfect example.

Howling is a form of expression that is mostly popular among wolves, but dogs also do it. To be able to howl, an animal has to stretch out his neck and point his snout up towards the sky.

This technique allows sound to travel much further. This is especially important for wolves, who regularly have to let their packs know about certain situations. Warnings of potential danger, finding prey, and hiding from predators are all great examples.

You may be wondering whether those are the only reasons why dogs howl. However, the truth is that dogs howl for a wide variety of reasons. Some of these reasons are:

1. To defend their territory

It’s good to know that only alpha wolves howl, because they are the “bosses” of their packs. Therefore, if your dog is howling, maybe it’s because he wants to prove that he is the one in charge.

Some wolves make this sound to warn others about potential intruders in their homes, using their voice as an alarm. This shows that howling is clearly an instinctual behavior that canines use for defense and survival.

2. To celebrate their pack’s unity

You and your family are your pet’s pack. So, when you all get home, don’t be surprised to see your dog howling and jumping for joy. This is especially true if the dog has spent a long time home alone. In the wild, on the other hand, alpha wolves howl to celebrate their pack’s unity.

As you may have guessed, the reasons why dogs howl are not all joyful and positive. In some cases, canines howl to communicate serious pain. This pain may be cause by a number of reasons, such as an injury, cut, wound, or even indigestion. This form of canine expression is very similar to when humans groan or whimper when feeling very ill.

4. To imitate other sounds

Perhaps you have noticed that it’s quite common for dogs to howl in an effort to imitate certain sounds. For example, if an ambulance, a police car, or a fire truck passes by, you can most likely expect to hear at least one or two dogs howling along with it.

There are two possible explanations for this behavior. On the one hand, a dog might do this because the loud, high-pitched noise from the sirens is hurting his ears. In this case, the dog is howling as a form of complaint because the loud noises can also make dogs feel nervous and anxious.

On the other hand, some dogs simply want to imitate what they hear, as if in response to the leader of a pack.

Dogs are especially intrigued by such sounds because they don’t know where they come from. So they howl to awaken their genetic memory. Therefore, a dog’s immediate reaction is to imitate it in order to signal to others that he is nearby.

Other times, dogs howl in an effort to calm themselves, almost as if they were singing a lullaby. This type of howl is always accompanied by certain actions or body language. For example, biting their tail, turning around in circles, or pacing from one side of the room to another.

In relation to the previous reason, dogs can also howl when they feel alone. As you undoubtedly know, dogs are happiest living within a pack. So, when dogs are often alone, it can be terribly depressing for them.

Separation anxiety and sadness caused by loneliness cause dogs to express themselves in this manner. This reaction is similar to humans singing when they feel sad or depressed.

Last but not least, we cannot help but address some of the most popular myths surrounding why dogs howl. Some believe that their highly-developed canine senses that allow them to see spirits, souls or ghosts. Others strongly believe that dogs can predict disasters, and even death. However, these theories have yet to be scientifically proven.