Do You Know What Your Dog Hates?

Some things might humans, but that doesn't mean those things don't annoy dogs. There are probably some things you do (intentionally or unintentionally) that your dog hates. Unfortunately, there's nothing he can do but accept some of them. 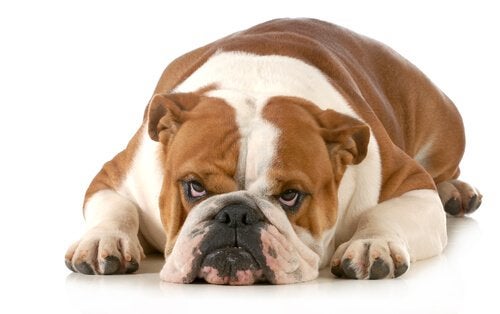 Despite how long dogs and humans have lived together, there are still so many things humans don’t know about dogs. For example, do you know what your dog hates? Read the list below to learn about several things that can help you and your dog get along better.

The things your dog hates

Blowing in their face

Everyone has blown on their dog at least once. It’s funny and it’s cute to watch your dog shake his little head and rub his face with his paw.

It may seem funny but the truth is that it really annoys them. Can you imagine someone constantly blowing into your ear even after you’ve told them to stop? Well, that’s how your dog feels. So it’s best to stop doing this, no matter how funny or cute it is.

As huggable as your dog might be, your dog hates it when you wrap your arms around him. Don’t be surprised if he tries to get away from as soon as you do it. Dogs love getting petted, patted on, and their bellies scratched.  However, hugging them makes them feel trapped.

The issue is that dogs don’t see hugs as a sign of affection. A hug actually makes them feel trapped and defenseless.

Baths are a classic when it comes to things your dogs hate. As soon as your dog sees you grab a towel, he’ll run away and hide in the first place he can find.

There are several things that make it feel this way. Limited space, soap, water, de-worming products, etc…Unfortunately, no matter how much it hates baths, they’re still necessary.

A leash that stops a dog from moving freely is one of the things your dog hates most. This might sound ridiculous because your dog usually starts happily jumping up and down anytime he sees you pick up a leash. Leashes are necessary to keep your dog under control when you are in public areas, however, you can get a leash that allows your dog to have more freedom.

Dressing dogs up became a massive international trend a few years ago. It’s hard to know if people do it to copy the extravagant celebrities who do it, or for some other reason.

Either way, dogs are dogs and not people — they’re not meant to wear clothes. It’s no surprise that some dogs try as hard as they can to get them off.

Another thing your dog hates, is when you treat him as a human friend by constantly talking to him. Always remember, the main things your dog wants and needs from you is to receive your attention, go on walks, and food.

It’s the same with commands. Dogs don’t like to be constantly bossed around or when you don’t make it clear why you do or don’t want it to do something. Say a command only once: clearly, firmly, but always affectionately.

Dogs really don’t like it when you give them manicures. It’s the same with baths.  This is your dog runs away as soon as he realizes what you’re about to do. Of course, this is something that needs to happen for the sake of your dog’s health and hygiene. What you can do is try to make it as painless as possible.

These are the things your dog really hates. Some of them are avoidable, and others not so much. If you want to make life more pleasant for your dog, avoid the ones you can and try to make the other ones not seem so dreadful.

The Border Collie is one of the best known dog breeds in the world. One of the most outstanding characteristics…

The Belgian Shepherd dog is one of the most popular choices when it comes to working as police dogs, therapy…