Games to Play in the Park: Disc Dog

Disc Dog, or Dog Frisbee, is a great way to spend time with your dog, strengthen the bond between you, and also get some exercise! 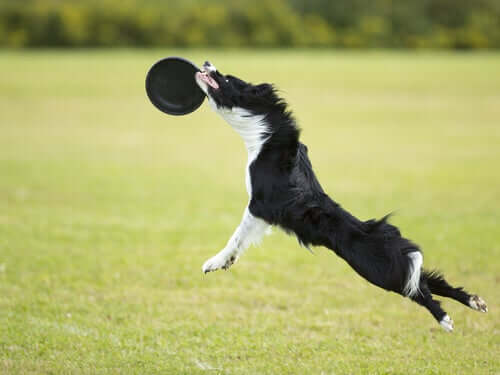 If you’re looking for a great outdoor game for your dog, Disc Dog, or Dog Frisbee, could be just the thing. It’s a fantastic way to spend time outdoors or in the park with your pet.

The benefits of physical exercise

For a lot of people, it might just seem like another toy. But it’s actually an excellent way for your dog to stay healthy, as well as being lots of fun.

Regular physical exercise can provide multiple health benefits for both you and your pet. It helps control weight and prevent obesity-related conditions and is good for your cardiovascular system. It also decreases levels of glycemia and LDL cholesterol and improves your physical strength by strengthening bones, muscles, and joints.

But exercise isn’t just good for the body. It’s also great for the mind and helps maintain focus, decrease stress, and improve self-esteem.

Many people already practice sports with their pets, whether for fun or to improve their health. But if you’re looking for a new activity to try out, read on to find out more about the fun activity known as Disc Dog.

The “Disc”, which is also called a frisbee, is a vinyl or plastic disc, between 7.5 to 9 inches in diameter with rounded edges. “Frisbee” is actually the name of the company that first manufactured it.

Games involving throwing “flying discs” are nothing new. Since the original Frisbee became popular in the 1950s, discs have been used for all sorts of fun activities and sporting competitions.

At first, discs were just used between people. But countless international competitions sprung up in the 90s and 2000s and now have many followers.

Disc Dog spreads around the world

The 70s saw the first massive “boom” of disc sports. An American student became known internationally when his dog surprised everyone, jumping to catch a Frisbee during a live baseball broadcast.

It became so famous that, shortly afterward, the game “Disc Dog” emerged. It involves people throwing a disc into the air for a dog to catch in their mouth.

Much of the success of this game is down to the dog’s spectacular movement in leaping to catch the disc. Each jump is uniquely different and acrobatic, and this is only possible because of the way the disc floats through the air.

What started as a hobby between owners and dogs has become highly competitive in recent decades. This is partly because of the gracefulness of the dogs but also to strengthen the bond between human and dog.

There is currently a variety of international Disc Dog trials, each with different levels. Competing teams are made up of a human and a dog. Jurors award points to each team depending on the way the dog catches the disc at a predetermined distance.

There are also freestyle exhibitions which consist of rehearsed and choreographed routines, sometimes involving multiple discs in the air at once.

Disc Dog also promotes long-distance competitions. They’re less common because of the space required and the fact that they’re more difficult. There are several different formats, but the winner is the one who catches the frisbee from the longest distance.

Any dog can play Disc Dog, and it’s a really fun activity between an owner and their dog. But not all dogs are interested or necessarily understand the game.

To start with, you should stand in front of your dog and try to release to disc straight to them. Once your dog learns to catch it, you can start training them to jump and catch it in mid-air. Gradually increase the height you throw it at, and finally, you’ll be able to start launching it over their head for them to chase. 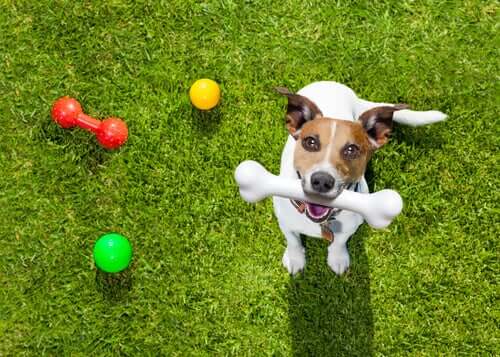 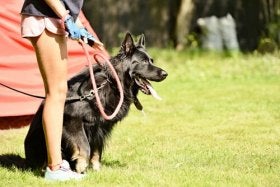 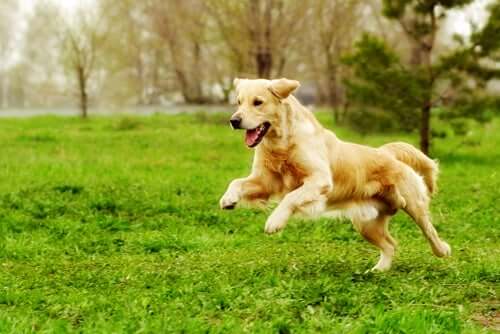 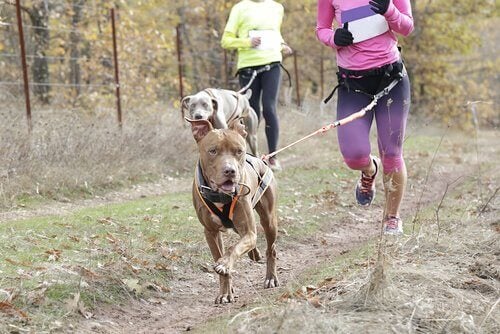 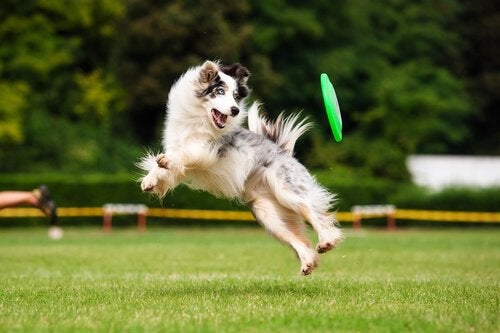 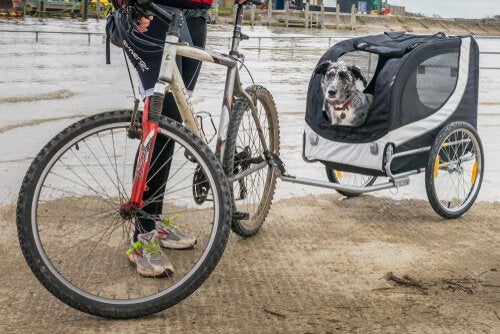 Sports and Exercise
Use a Bicycle Trailer to Walk Your Dog

If your dog is still a puppy, is too old or has a health problem, a bicycle trailer made for dogs can become your best ally when it comes to helping your dog get around. Walking with your dog is…