How to Correct Your Dog

The effectiveness of one method over another has to do with how dogs react to stimuli. Dogs adopt an attitude of submission when they're scolded, which doesn't allow them to learn. 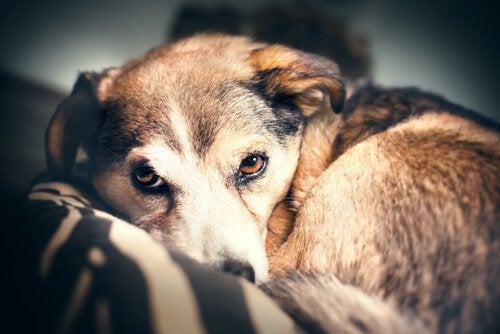 You could say that there are two ways to correct your dog: a positive or negative fashion. The first one is based on rewards, and the second one is practically based on yelling. Some trainers say that it’s necessary to have a combination between the two. In today’s article, you can learn more about this subject.

Should you train or correct your dog?

Since a dog is a family member, they need to learn boundaries, and know what they can and can’t do. Discipline is essential for an animal to understand and know how to behave.

However, sometimes dogs have behavioral problems because they haven’t been properly trained when they were puppies. Their main “mistakes” are digging up the garden, barking too much, breaking things in the house, nipping at people or other animals, and doing relieving themselves where they shouldn’t.

The most important thing to get dogs to behave is to make them understand that they’re not the leader of the pack. Don’t forget that dogs descend from wolves, so for them, the alpha male or the beta female is the one in command. Who would that be? No one but yourself — the owner.

When dogs believe they’re the dominant one, it’s more difficult to get them to obey orders from their alleged subordinate. Aggression and unwanted behavior are typical signs when pets consider themselves as the alpha. To prevent or reduce this, you can use positive reinforcement or punishment.

In reality, this kind of teaching isn’t based on punishment, but on rewarding good deeds. Positive reinforcement is a technique that consists of rewarding by petting, using kind words, treats, or toys when the dog obeys an order.

This process is certainly more fun and enjoyable for the pet and owner. All dogs prefer being given a treat instead of getting punished by being chained up.

There are many benefits of positive reinforcement, which is why trainers and veterinarians recommend it. Among other things, it allows the owner to reinforce their bond with their pet. It helps the animal feel loved and respected. Also, it helps make better progress when the animal has been through some type of trauma in the past.

It’s very important to show the dog when he is being rewarded for obeying your orders. The bad thing about positive reinforcement is that you can’t give the animals treats, or pet them, unless you give them a task to fulfill, because then they won’t understand why you are rewarding them.

Negative reinforcement to correct your dog

Many trainers and animal owners still use this method, since they consider it to be the most effective. However, people are discontinuing it because it can be synonymous with abuse.

Many people confuse negative reinforcement with physical contact or inflicting pain, and that’s an inappropriate training method. Basically, this method is based on giving the dog an unwelcome stimulus to train them. You constantly practice, your pet will learn, and no such punishments are necessary.

You must keep in mind that punishing your pet — whatever breed your dog is, whether it is a Boxer or a Yorkshire — or scolding them when they do something wrong, isn’t a very good idea when it comes to training them. Why? Because you’re putting the animal in a stressful situation, and they won’t remember what they have learned (or what you’re trying to teach them).

The next time something similar happens, they will act in the same way. This, unfortunately, can become a vicious cycle, in which the owner punish their dog for doing something wrong, the animal becomes traumatized and doesn’t pay attention to any command, etc.

Also, when a dog does something “bad”– according to a human’s perspective– they will be submissive due to the owner getting angry and yelling at their dog. That fear won’t allow them to understand the reason for the punishment.

Therefore, using negative reinforcement isn’t the solution to your pet’s behavioral problems. Take time to teach them what’s right, and reward them for their good behavior. You’ll see that you’ll get better results.

No one likes it when their dog barks and barks incessantly...and neither do their neighbors. Having a dog that barks when there's no reason to do so can be a…