Basic Training 101: How to Make Your Dog Come When You Call 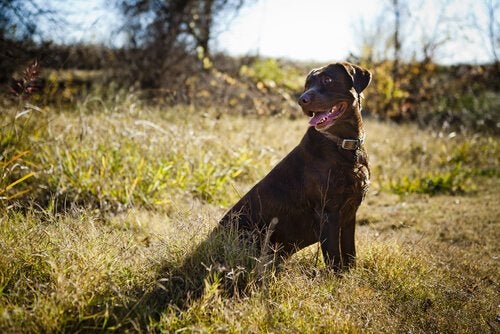 Would you like your dog to always come when you call him and not be so disobedient? Then read on. We’ll give you some tricks for keeping your dog from getting into trouble, disturbing people or endangering his own life by not listening.

How to make your dog always come when you call

Many dog owners say they don’t know how to make their pets come when they call, whether they’re at home, at the park or at the vet. First of all, you need to know what that “call” would be. It’s basically something attention-grabbing enough for your pet to leave whatever he’s doing and come to you.

Looking at it this way, it’s an interesting challenge. It makes you realize, for example, that if you call your dog by yelling at him with a scolding tone of voice, it’s very unlikely that he will obey and run back to you.

A dog’s mind is very simple. It works according to actions and reactions. Look at the logic:

Make your dog come when you call every time

The following attitudes or habits are in the “don’t” category. Don’t…

1. Call with an angry tone of voice

Who would want to leave everything they’re doing (especially if it’s fun) to run to someone who is just going to scold them? Imagine this situation at work. You’re having fun talking to your colleagues and the boss calls you, screaming, to tell you that you’ve taken too long to deliver the reports. Would you want to go to his office? Well, the same thing happens to a dog!

2. Call him just so he will come home

If you take him out for a walk in the park and let him play freely with other dogs (without a leash) he will probably not want to come when you call because it means that he has to go back to being lonely and bored at home. To avoid this reaction, call him several times during the walk simply to pet him, praise him or give him a toy.

If you say “Come” or call him by name and after two seconds he continues whatever he’s doing, do not call again. Let him figure out the word and relate it to the act of going toward you. With practice you won’t need to wait for him so long or repeat yourself so many times.

4. Punish him for not coming the first time

Once your pet comes, praise him. He doesn’t understand that he has taken too long to obey. If you punish him for taking long, he’ll relate the call with punishment. Next time he won’t come at all!

Now take a look at what you should do if you want your dog to come when you call him. Do…

Dogs work very well with the rewards system (and punishments, but that’s not the case here). Therefore, every time he does something correctly, he should get a treat. It doesn’t have to be food or a toy. However, he should at least be petted, cuddled or praised.

To keep your dog from seeing it as just a command, turn it into a game. For example, hide behind a tree, the couch, or anything and say his name so that he will look for you.

No one likes it when their dog barks and barks incessantly...and neither do their neighbors. Having a dog that barks when there's no reason to do so can be a…