Animals With The Shortest Lifespan 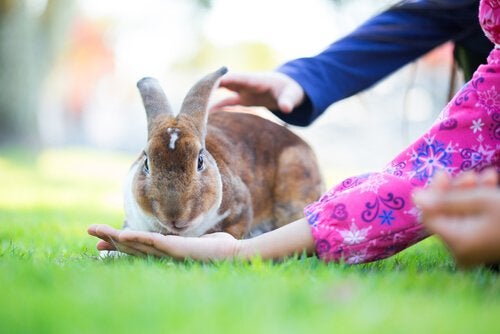 Some animals are capable of living for more than 150 years old due to the changes in metabolism, climactic conditions, body to brain proportions, and other unknown factors. However, while others only make it just a few hours.

The five animals with the shortest lives

When it comes to mammals, mice win the award for having the shortest life due to having an average lifespan of four years. They are considered the second most reproductive animal on earth after man.

The mammal with the second shortest life span is the domestic rabbit that’s between 8 and 12 years, and its main causes of death are cancer and cumulative body fat.

Number three is the popular and beloved dog. These descendants of wolves live an average lifespan of 10 to 13 years. However, this average varies between different breeds.

The one with the lowest average lifespan is the Bulldog and the Irish Rover that live up to 7 years. The ones that live the longest-with an average 13 year lifespan-are German Shepherds, Labradors and Golden Retrievers, among others.

The animal with the fourth shortest life expectancy among mammals is the friendly squirrel. With an average life of only 12 years, this mammal sleeps an average of 15 hours per day, and eats nuts, seeds, grass, insects and worms.

A close relative to dog, wolves are the mammal with the fifth shortest life expectancy. They live around 16 years and they have a developed sense of smell, agility and strength greater than dogs. They are one of the most intelligent animals and they share their prey with the rest of the pack.

Are mammals the animals with the shortest lifespan?

Insects are invertebrates and are part of the most diverse group of animals on the planet. Besides being the largest species, they are the animal with the shortest life span on the planet.

Despite being one of oldest animals on the planet, the Ephemeroptera is the being with the shortest lifespan. Also known as ephemeral, it’s the animal with the lowest average life expectancy. Dragonflies are of the same species, they transform from larva to insect, and females are capable of creating thousands of eggs in a 24 hour period.

There are around 2,500 species of ephemerals, with a maximum life span of 24 hours, but some only live for around five minutes.

After several studies, it was found that this brief time on earth is solely for the purpose of mating. During that small period of time, males and females mate as they fly; the female deposits the eggs in the water and they both die.

The insect with the second shortest lifespan is the gastrotrichs. This insect lives at the bottom of the marine ecosystem. It is born, develops and dies in three or four days because that’s the time it takes to reach sexual maturity which allows him to reproduce.

Ants are very common and are also one of the insects with the shortest lifespan; an average of only three weeks.

There are more than 10,000 species of ants. The queen is lodged in the gigantic palaces of dirt that was built by her colony. She will spend her life laying eggs in order to guarantee the survival of the colony.

Finally, the species with the fourth shortest life span is the fly. They live between 15 and 30 days, which is enough time for the female to lay up to 1,000 eggs. Although this insect is annoying to have in your home, its life cycle is actually very short.