How to Understand What Your Dog is Thinking

When a dog arrives home for the first time, it can be difficult to understand how to treat him, and how to show him affection. 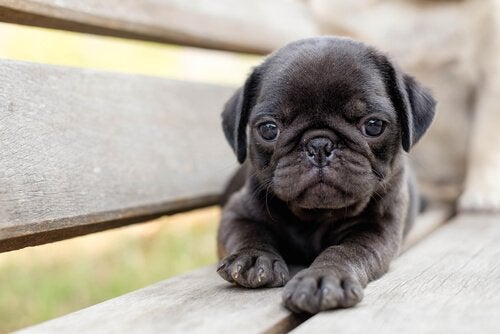 We must learn how dogs show affection and their way of asking us something. In order for you to understand all this and to get to know your new friend, it is essential to understand what your dog is thinking.

Maybe you’re wondering if it’s possible to understand what your dog is thinking. The answer is yes. Our mind is moved by reasoning, feelings and emotions and therefore it is very difficult to understand why dogs do what they do if we do not understand how they think.

How to understand how your dog thinks

To understand what your dog thinks, you should see how he reacts to your movements. Although there are many actions that all dogs have in common, it is also true that each dog has a mind of his own. For this reason, we will make some generalizations here, but pets may have differences.

In order to pet your dog in a way that he likes, you have to understand how the animal thinks, and as we told you before, observe what he likes and does not like.

As a general rule, no dog likes to be petted on the tail, legs, ears, and, in some cases, even the head.

Almost all dogs love to be stroked on the back, under the neck and on the belly. However, although this is generally true for all dogs, observe yours and change any caresses that he doesn’t like.

Many dogs are aggressive even in their own homes. This happens because sometimes we think that because dogs are animals, they do not understand us. However, this is not entirely true.

Dogs have the ability to observe and understand our body language. That’s how they can recognize our tone of voice, our gestures and our posture. So they are able to identify whether or not we are comfortable in their presence.

For this reason, the aggression sometimes shown by dogs is often caused by our attitude.

Dogs are very different from humans. Sometimes that’s our biggest mistake: forgetting that fact. Dogs move instinctively, and react according to what they smell and what they are able to feel.

You have to understand that they act according to a hierarchical structure. Therefore, they are always looking for a leader. If you or a member of your family does not show him who the leaders are, he will take that role, which can cause episodes of aggression or anxiety in the animal.

The one who is dominant will always win, so we must be careful not to encourage that attitude. For example, if the animal is tense and we pet it, we will reinforce that behavior. He’ll be aggressive, if not with us, then with other people when they try to touch him.

However, on the contrary, if you pet your dog when he’s afraid, we are telling him that being afraid is fine. When the dog shows emotions, it’s best to leave him alone.

Another common mistake that we humans make with our dogs is to scold them for doing things that are normal for them. For example, sniffing the ground or eating something that has fallen on it.
You won’t gain much by scolding him again and again for something that is a natural behavior. Your dog will not understand what you’re saying and will be afraid every time he does something. It’s as if you were forced not to yawn when you’re sleepy.
In the same way, dogs are herd animals and are accustomed to relating to other dogs. They know to recognize their species. But when they go to a dog in our presence, we always try to stop them and even scold them.

Letting him socialize is a natural thing for him and it will also be very beneficial for him. He’ll become friendly to other dogs and other people.

Strive to understand how your dog thinks, and your bond with him will become even greater!