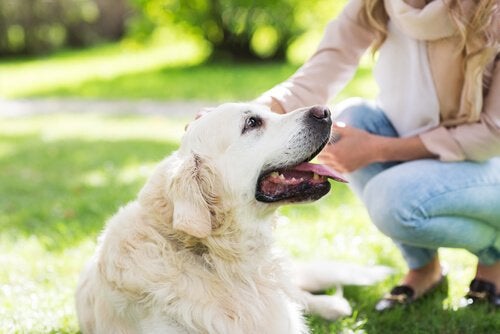 When you adopt an animal for the first time, no matter which one you get, lots of questions will emerge. What are the vaccines they need? What type of food should I buy? How many times a day will they eat? There are many questions that some people with pets don’t have answers to.

However, if this sounds familiar, you’re not alone. Experts estimate that at least 80% of poeple with pets lack being exposed to information about how they should look after their new pet.

80% of people with pets lack information

Experts conducted a study on what information that dog and cat owners received in the European Union. The Eurogroup for Animals organization carried out studies on animal welfare that resulted in some frightening statistics.

The European pet market moves around 550,000 pets a year between different countries. The sale of these animals in stores generates around 5 million euros per year. Clearly, this is not a small amount and it could be used to give the necessary care to these pets.

Unfortunately, out of these 550,000 animals, only 20,000 have been legally identified and registered. What does this mean?

According to the European Union, this is too big of a margin. They say that this means the health of both the pets and of people could be affected. Therefore, this traffic of these animals is and should be illegal.

On the other hand, this would also be a step towards honesty and sincerity that could help stop the illegal trafficking of animals.

How could 80% of people with pets don’t know how to care for them?

Internet use has made it difficult for authorities to track and trace illegal animal trafficking. Currently, private companies that sell animals share information confidentially. This prevents governments and other authorities from investigating matters more easily.

Although in many European countries animal laws are straightforward, this is not true in all countries. This makes it fairly easy to traffic these animals. Not much effort for a large profit.

How does this affect the animals?

Trying to squeeze out maximum profit for minimum effort isn’t good for anything. In this case, it’s the animals that pay for it. Why? The animals are illegally transported between countries under unhealthy conditions. Traffickers put them in cages so small they can barely move. The animals have no place to go to the bathroom and they’re usually dirty and given little food.

This situation causes stress for the animals and sometimes even mental disorders. Unfortunetly, these animals on animals witness others diying around them.

In fact, experts estimate that at least half of the puppies die while being transported.  What is the point of saving money by moving the animals illegally if they lose half the animals? Unanswerable questions…

Unaware of care: 80% of people with pets don’t know how to care for them

Traffickers don’t care whether potential buyers know about pets or not. They will sell animals to anyone. People in the European region don’t always understand what it means to own an animal, how to care for it, and the expenses involved.

People who want to buy a pet usually spend hundreds of dollars or euros to buy an animal from a store. They don’t usually know where these animals come from. Animals that suffer the stress of b may require special attention in addition to basic care.

The result of a study shows that 80% of people with pets don’t know how to attend to basic or more specialized needs of the animals.

The European Union, along with the NGO that conducted the study, are working hard to promote the distribution of necessary information about proper pet care for the well-being of pets.