A Rescued Lioness Returns To Africa

Nala is a rescued lioness who, fortunately, has been spared from the ill-treatment inflicted on exotic species in circuses. 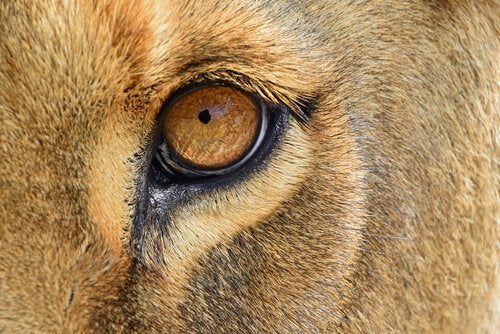 A lioness rescued from the circus has returned to Africa thanks to the rescue center AAP Primadomus, in Alicante, Spain. Nala’s case is another example of the need to get wild animals out of circuses.

Primadomus to the rescue

Primadomus is a center belonging to the Dutch NGO called AAP whose objective is to fight against the illegal trafficking of exotic species. The Villena center, which is known for being one of the three primate sanctuaries in Spain, also can receive big cats such as Nala.

Interestingly enough, this center isn’t always the last home for rescued animals. Also, they work along with sanctuaries and zoos to send rehabilitated animals and also rehabilitate more victims of illegal trafficking.

This lioness that was rescued in France, lived a life similar to other felines that participate in circus shows. After the closure of an illegal farm in the Gallic country, Nala was confiscated along with other cats. Fortunately, she ended up in the Alicante rescue center.

The story of Nala, a rescued lioness

Nala is another of many cases of wild animals in circuses. The problem with this type of shows is that they aren’t educational and the animals live in terrible conditions due to the itinerant nature of these shows. Also, it’s dangerous for both people and animals, who perform dangerous exercises.

However, the Nala’s story doesn’t end in Alicante because she was brought to South Africa. There, at the Lionsrock sanctuary, there is a lion named Saeed that was rescued from one of the zoos razed in Aleppo during the civil war in Syria, awaits her.

Shut down circuses that use animals

The history of European circuses is long and tortuous. Nowadays, it’s more common for society to reject these types of shows that use animals.  Even though these types of shows still exist, it’s still possible to see felines getting hit and whipped or monkeys with clothes doing tricks.

Cases like this rescued lioness are becoming more frequent because many countries are banning circuses with animals. Although this still hasn’t happened in Spain, many municipalities and communities don’t allow circuses with wild animals.

We must clarify that zoos and circuses aren’t the same. Although both are businesses, in zoos there are associations and reviews that enforce much higher standards for the animal’s welfare. Also, the animals that are in these centers participate in conservation programs. For example, there is a zoo program that plans to reintroduce threatened felines in Russia.

In zoos, there are also educational programs to raise awareness about the conservation of species. Also there are specialized veterinary services. This doesn’t happen in circueses. It’s common for these animals to be treated in veterinary clinics that have no expierence with these types of animals.

More reasons to shut down circuses that use animals

In addition, the educational functions of circuses are scarce. Also, the animals have very little space and their enclosures are in constant movement. Although both zoos and circuses train animals, in zoos they can receive stress-free treatments, while in circuses they are forced to engage in unnatural behavior that frightens them, so animal handlers resort to punishing them.

In fact, we need zoos and centers like Primadomus to rescue hundreds of wild animals that are still in circuses in Europe. With people increasingly rejecting this activity, these animals deserve a dignified retreat after having to live under poor conditions during their entire lives.