A Restaurant with Right of Admission: Only Dogs 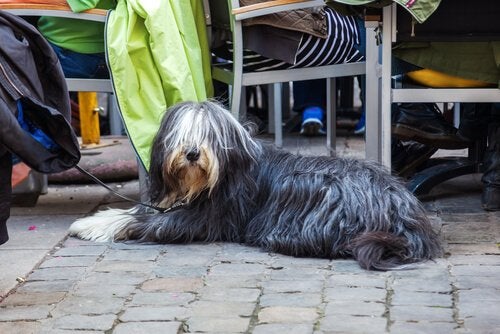 The Barf method aims to get animals back to their primary diet. Its acronym stands for raw biological food for animals in German. They promote exactly that – raw food for our pets, who now will have their own restaurant, too.

Peter-Joachim Gitz-Mombauer learned a lot about this initiative because his dog was allergic to dog food, both dry and canned. Therefore he created a butcher’s shop-restaurant with some very special clients – dogs. In fact, they only serve raw foods for canines in his establishment.

Where did the idea for this restaurant come from?

On a visit to a shelter, Peter met Lili, a dog he fell in love with at first sight. He couldn’t help it and adopted her; she quickly became a part of his family. But everything seemed to fall apart when Lili got sick without any apparent cause.

Finally, a veterinarian friend recommended that Peter feed raw food to Lili. Even though at the beginning he thought it was a ridiculous idea, he started doing it and Lili got considerably better. Peter started to become interested in the Barf method. The large amount of knowledge that he acquired led him to set up his own butcher shop-restaurant.

Peter is aware that the Barf method saved his dog’s life, and without thinking about it, he immersed himself in the project, abandoning his job as a nurse.

This idea started in the United States several years ago and has been in Germany for at least ten years.

Everyone that has a dog is always very attentive to their diets. In Peter’s store, every client knows exactly what their dog is eating. This is a huge benefit that makes owners calm and makes the clients loyal to his store.

Is a raw diet beneficial?

Many people are opposed to feeding raw food to their dogs, but Lili’s case shows that it is very beneficial. It doesn’t only help her fight off her allergies, but also controls her weight.

Raw food has all the nutrients that animals need. You only need to know the exact amount that you must give your pet and how many times.

Peter is convinced about its multiple benefits and although his restaurant is the only one in Germany with these characteristics, the Barf method is being implemented more and more among pet owners.

How does Peter prepare his meat?

So that you have an idea of what the type of meat is like that is sold in these establishments, Peter tells us how he does it.

“What I do is cook the meat without salt, additives, or seasoning, since there are many dogs that have allergies to some of these products. I cook it in water and accompany it with rice, pasta, or vegetables.”

In addition, Peter also is a specialist in understanding the amount that each dog needs. A dog of around 30 kilograms will need 500 grams of this food twice a day. Of those 500 grams, 300 will be meat, 100 carbohydrates, and 100 vegetables.

For big dogs, Peter recommends adding a teaspoon of oil with nutrients such as olive, sunflower, canola, or even fish.

Despite the reluctance regarding this diet, more and more people around the world are in favor of it. Maybe soon we will see stores and restaurants like Peter’s in our countries. And you, would you dare try the Barf method with your dog?