Argentina: the Country with the Most Pets Per Capita

Argentina not only stands out for being the homeland of Maradona, Che Guevara and Lionel Messi. It also holds the record of being the country with the most pets per capita. 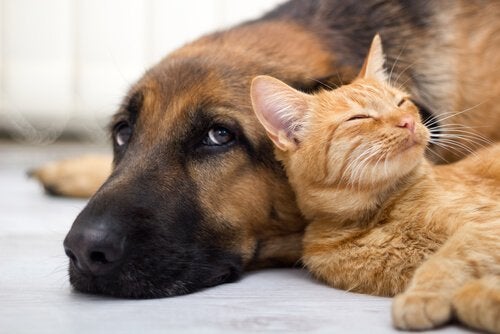 According to the results of a study conducted by the market research company, GfK, 80 percent of the respondents stated that they had at least one pet. This is a much higher average than the global population, with an estimated 56 percent having pets.

Argentinians are major pet owners and prefer dogs to cats

The survey was carried out in 22 countries with 27 thousand participants and, among other conclusions they reached, some points stand out:

Argentina is the country with the most pets per capita, according to the results of a global survey. Eighty percent of respondents reported having a companion animal and, of this percentage, 66 percent favored dogs.

Asian nations have the fewest number of pets per capita

Among the other information that emerged from this global survey, there are some curious facts. For example:

Other information about Argentina, the country with the most pets per capita

The recent study by GfK confirms research carried out 5 years earlier by the Millward Brown company in Latin America.

In that study, they concluded that Argentina was the country in that region with the largest number of pets, since 78 percent of the interviewees said they had one (63 percent with dogs and 26 percent with cats).

To reach this conclusion, 1,500 people between 18 and 65 years old were interviewed  in the cities of Buenos Aires, Córdoba, Rosario, and Mendoza, as well as in different locations of Buenos Aires’s suburbs.

The data collected from the interviews highlighted that:

In addition to the good news that Argentina is the country with the most pets per capita, there is other encouraging data, since most of the interviewees consider domestic animals to be another member of their family. And adoption is also prioritized over the purchase of purebred animals.

Thus, 76 percent of the dogs and 90 percent of the cats in Argentina enter their homes either as a gift or because they were picked up from the street.

However, since nothing is perfect, the percentages of pet sterilization there are still very low.

Undoubtedly, education and raising awareness in this sense is a task that requires great effort at a global level to avoid overpopulation and abandonment of domestic animals.