Differences Between Comparative Psychology and Ethology

Comparative psychology and ethology try to explain animal behavior in a scientific and accurate way. 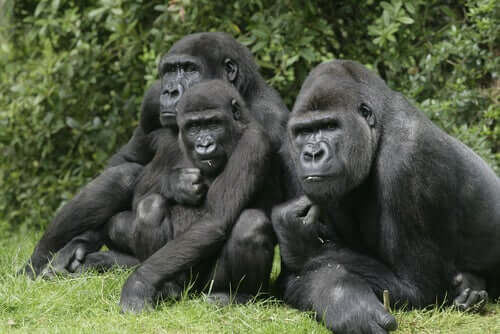 Just like any other biological characteristic, behavior is something that can be measured, and comparative psychology and ethology are two different ways of doing this.

What is comparative psychology?

Comparative psychology studies the similarities and differences in animal behavior. In particular, it focuses on solving different problems through learning.

Ethology is the scientific study of animal behavior, in particular, using a definition of behavior as a set of observable activities that the animal performs in relation to its environment and its nervous system.

History of the study of animal behavior

Early studies on animal behavior were written descriptions, and we can find an early example in  Aristotle’s work, Historia Animalium.

During the Middle Ages, fantastic detail appeared in these descriptions. In fact, illustrations didn’t match reality and people described animals in magical terms as the result of legend and folklore.

Then, from the seventeenth century onwards, we start to find more elaborate works, including some about birdsong or how birds make their nests.

During the nineteenth century, with the theories of Lamarck and Darwin, evolution became a significant part of describing animal behavior. Many scientists started to make claims about animal intelligence and also to conduct behavioral experiments.

During the twentieth century, experimental studies divided into two different schools of thought:

How do you study behavior in ethology?

Being a science, researchers need to draw conclusions by measuring and analyzing data. In ethology, behavior is analyzed using Heinroth’s four key standards:

Each behavioral trait also has an explanation that should relate to the animal’s development, evolution, functionality, and biology. Zoologist Tinbergen defined the following approaches:

Differences between comparative psychology and ethology

Although historically the two are related, and their distinctions have been unclear, there are some small nuances that differ between them:

However, both sciences essentially aim to understand the same thing: how and why a behavioral trait occurs.

Canine Ethology, What Is It?
Canine ethology is defined as the scientific discipline that studies canine behavior to understand normal animal behavior and to spot any health conditions. Read more »