Examination of exfoliated cells from the vagina is a simple technique that is useful to monitor the progression of proestrus and estrus in dogs and cats. 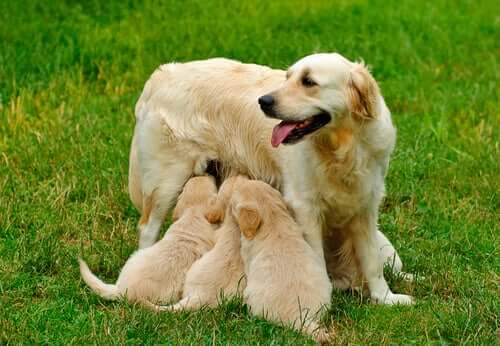 Vaginal cytology is a simple and effective method that allows experts to evaluate the cells of the vaginal epithelium. Its importance has been growing over time in veterinary medicine as a low-cost and simple technique that allows for fast and complete results.

What is vaginal cytology is used for?

Vaginal cytology or vaginal swab is the most used procedure to check the conditions of the dog’s reproductive system. Despite being an old practice, vets prefer it, because it’s practical, fast, economical, and has a remarkable scope.

As a preventive study, it’s often performed to rule out any hormonal variations and ensure the good health of epithelial cells. It is also effective for analyzing the estral cycle or of sexually active female dogs or cats.

By the use of diagnosis, vaginal cytology performed in dogs allows detecting inflammations, infections, and neoplasms in their reproductive tract. Its effectiveness may be compared to a blood progesterone test.

Vaginal cytology, often used in tandem with hormone analysis, can also provide valuable information about the stage of the ovarian cycle.

Generally, vaginal cytology is easy to perform in dogs and can be carried out by any specialized veterinary professional. In addition, this is just one of its most notable advantages compared to more sophisticated or complex techniques.

The study involves introducing a clean swab – preferably sterilized – into the female dog’s vagina. You have to be very careful to properly place the swab towards the dorsal or causal region of the vagina, avoiding touching its central area.

Many professionals prefer to moisten the swab in a saline solution. As a result, this will promote cellular adhesion and can reduce the animal’s discomfort.

When reaching the right spot and gently applying the swab, the professional should palpate the region and remove the swab. Then, it will be necessary to roll the same swab on the previously prepared sheet.

Subsequently, the epithelial cells should be analyzed under a microscope to find out the state of the dog’s reproductive system.

If the professional applies the procedure properly, vaginal cytology should allow them to observe and evaluate the following cells contained in the vaginal epithelium:

The professional should be able to differentiate them from neoplastic cells to avoid a false diagnosis.

The reproductive cycle and its cytological stages

During their lifetime, female dogs experience several stages of their reproductive cycle:

These are Proestrus, Estrus, Diestrus and Anestrus. The strips obtained from vaginal cytology allow us to find out these different phases and detect any abnormalities.

Veterinarians are increasingly in need to provide services supporting canine reproduction. This is due to the popularity of dog breeding worldwide. As a result, this procedure is very useful and practical in order to determine the dog’s reproductive health.

We hope you enjoyed learning about this particular practice today. See you next time!

Sexual Maturity and Reproduction in Dogs
There are too many myths swirling around this topic, so today we're going to clear up the concepts of sexual maturity and reproduction in dogs. Read on! Read more »
Link copied!
Interesting Articles
Dogs
7 Causes of Suffocation in Dogs