Which Dog Breeds Are Most Likely to Run Away?

Like it or not, some dogs just can't help but try to run away from home. Still, not all breeds feel this urge in the same way. 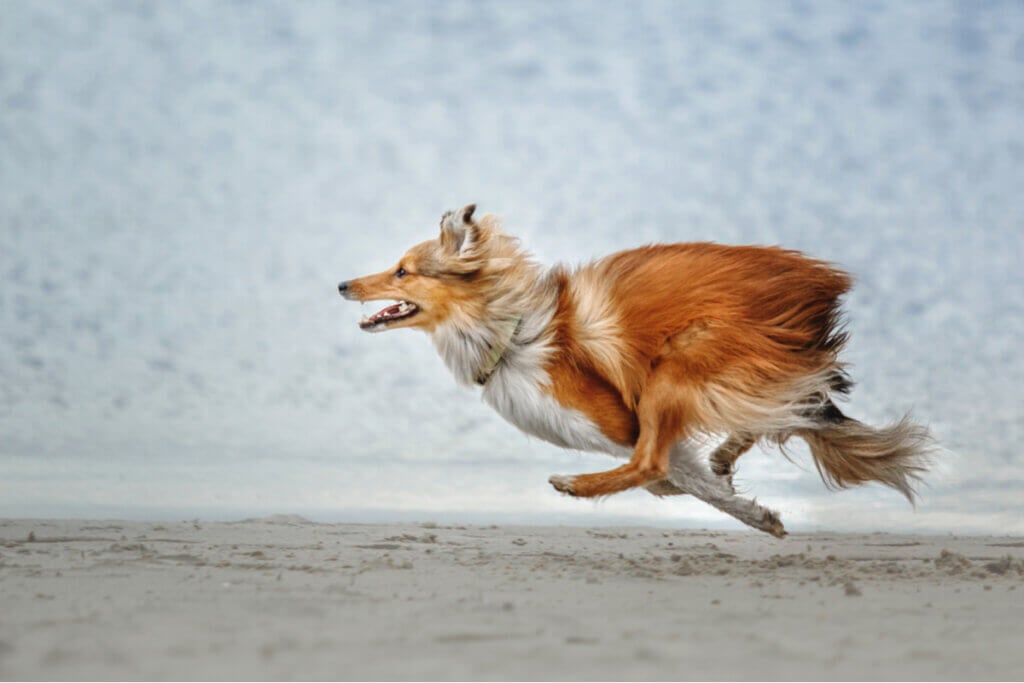 Would you be able to predict which breeds of dogs are most likely to run away from home? Some of them are more likely to break through the backyard fence or dig a hole to sneak out. Thus, if you can anticipate this behavior, you can prepare to protect your pet from dangerous incursions.

It’s appropriate to keep in mind that many figures reported on this topic are based on data from GPS tracking collar records. In these cases, most of them are medium to large-sized dogs. As a result, dogs weighing five kilograms (11 lbs) or less are underrepresented, as the collar tends to be too large for them.

Why do dogs escape?

There can be many explanations or reasons for this behavior. For example, if your dog is frightened by loud noises, it will probably run away as far as possible. Some causes may include a lack of stimuli, the dog being neglected by its owner, or the animal being left alone for long periods of time. As a result, the dog runs away to find distractions and new playmates.

It could also be that your dog has never learned which things they’re not allowed to do. In this case, the dog will be a repeat offender, since it will probably feel the need to run away on any occasion.

Depending on the breed, the dog will be more or less likely to run away

Scientific studies addressing canine behavior employ a series of standardized tests designed to measure behavioral traits. These traits can include:

Thus, several studies have established that there are clear differences (statistically significant) between dog breeds in the manifestation of these traits. Up next, we’ll cover some of the breeds that are more likely to run away from home.

This breed was originally used to hunt prey using their sense of smell. Therefore, their instinct to follow aromas is really powerful. In addition, their desire to track often leads them astray, placing them at the top of the list of most commonly escaping dog breeds.

Siberian husky dogs are another large breed famous worldwide for their love of escaping. They literally carry the need to run in their nature. If they aren’t satisfied with the amount of exercise they’re doing, then they’ll very likely take the matter with their own paws.

If you wish to have a dog of this breed, keep in mind that their intense desire to exercise, combined with their digging and climbing abilities make this beautiful creature take a lot of risks. Moreover, these dogs are very active and require a lot of exercise to live happy lives.

Some experts classify this breed as an “ancient breed”, according to its apparent degree of genetic relationship with the wolf. Due to its wilder nature, it has a high tendency to chase and run away. In addition, huskies have low scores for successfully training and developing attachment.

The Staffordshire bull terrier’s stubborn personality needs strong leadership from its owners and lots of exercise to be happy. With its strength and bulky body, this dog can easily climb a six-foot fence if something on the other side catches his attention. In addition, its large legs are perfect for tunneling under fences.

These small dogs are very mischievous and have been known to cause many problems. They’re a breed that needs constant supervision, or at least a good amount of space to contain their unusual energy.

What this breed lacks in size, it makes up for in speed, power, and guts! These dogs need a lot of exercise because they possess a powerful predatory instinct. This instinct causes them to chase smaller animals and this in turn makes them natural escapees. In addition, three of their terrier cousins are also on the list of frequent fugitives: Yorkshire terriers, Boston terriers, and Rat terriers.

These dogs need a lot of vigorous exercise. If their owner can provide them with the mental and physical challenges they crave, they’ll be happy dogs. On the other hand, if they don’t get enough physical activity, the GSP can become nervous and destructive. These dogs don’t like to be left alone for long periods of time. Boredom drives them to escape.

This is a dog breed that has everything in a small package: intelligence, affection, an extroverted temperament, humor, and great personality. However, this dog has escapist tendencies too. Therefore, you should keep your Miniature Schnauzer on a leash when it’s not in a fenced area. If this dog sees something interesting, it will chase it and probably ignore your calls.

A bored Miniature Schnauzer will be unhappy. Due to the fact that it’s intelligent and energetic, it will need a variety of activities and exercises. Be sure to give them both or they’ll become destructive and moody.

One breed that has a high probability of escaping from home is the Chihuahua. These dogs are excellent jumpers and their small body size allows them to sneak out of many places.

They are also difficult to catch once they escape, as they are very fast! Some owners mistakenly think that because they’re small, they require less exercise, training, and attention.

However, this couldn’t be farther from the truth. In fact, chihuahuas love to run and crave close contact with humans. So, if they don’t get it at home, they’ll look for it outside.

Most pet owners will experience a runaway dog incident at some point in their puppies’ lives. However, few of them will become escape artists as adults. Therefore, taking care of their vital needs will help minimize the chances of your pet’s escape.

What To Do If Your Dog Runs Away
It's a pet owner's worst nightmare: what if your dog runs away. Maybe they've had an accident, or are just a little naughty, but it could happen to anyone. Read more »
Link copied!
Interesting Articles
Dogs
Everything You Need to Know About Dog Muzzles