Four Reasons to Sterilize Your Pet

This procedure has important advantages when it comes to the health of your pet. It tames their character, which is beneficial for those that experience nervous behavior 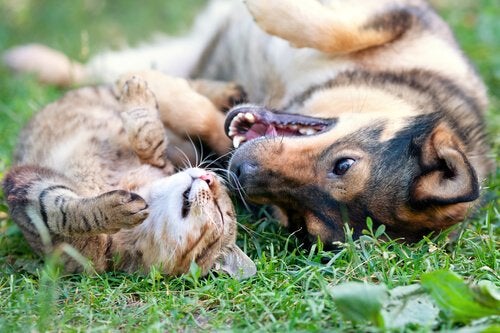 Sterilizing your pet is a smart decision that only you can make. This important choice — if you decide to do it — will be beneficial for your pet in terms of behavioral changes and even their overall health. Below you will find out why it would be a good idea to sterilize your pet.

Sterilization is a veterinary procedure that requires little hospitalization and consists of the removal or neutralization of an animal’s reproductive organs. It’s more commonly done in cats and dogs, but it’s also done in other species.

The procedure is simple and consists of two ways. One is invasive while the other is chemical. This operation is usually quite economic and, throughout the world, it is done in a responsible manner.

The procedure is done to prevent animals from reproducing in order to control the population of that species. It also helps to prevent a series of diseases that are associated with animal reproduction.

In addition, sterilization causes beneficial changes in your pet’s behavior. Below, you can learn about the benefits of this procedure.

The benefits if you decide to sterilize your pet

From physiological to temperamental changes, the following will provide information on the different benefits if you decide to sterilize your pet.

In males, when the testicles are removed, a considerable change in personality takes place. Most male dogs are very territorial and even temperamental due to all the build-up of testosterone in their body.

Once their testicles are removed, the animal will behave more calmly and be submissive in contrast to animals that still have these organs. They will also stop feeling the urge to run away from home in order to mate with a female, which may have caused problems in the past.

In general, your pet will feel more calm and comfortable at home. Although they may want to go for a walk to expend any extra energy, they won’t be begging to go outside because the feeling of confinement no longer bothers them.

As for females, once their ovaries are removed, their reproductive cycle is interrupted, which stops the estrus and menstruation process. By stopping these cycles, their desire to leave your home in search of a mate will decrease.

She will be calmer and, perhaps, rundown the first few days; this is a completely normal response when adapting to the changes that are taking place. With time, you will notice that she is more friendly and playful, even with strangers.

Also, by not having any of those urges will keep her from creating problems with the male dogs in the area who want to mate with her and will do anything to achieve it.

It’s a myth that you have to let your pet go through their first heat before they can be sterilized. Failure to do so may increase their risk of breast and cervical cancer. There is a high mortality rate in both cats and dogs.

For males, sterilization helps them avoid the transmission of diseases among members of the same genus. This is an especially important factor if they live with other animals of the same species. An example of this is immunodeficiency virus in cats, which has a high mortality rate.

Also, if you sterilize your pet, it will prevent future tumors and cysts in vital areas for pets. The most common are usually located in the anus and the scrotum.

It’s a scientific fact that sterilized animals have a better quality of life than those that are unsterilized. If you’re worried about not having your pet for a long time, sterilizing them is a healthy way to extend their life.

This is mainly because of the aforementioned diseases. Also, the animal’s metabolism slows down a bit, allowing it to extend its life expectancy. In other words, the animal could have exceptional health in contrast to their peers that haven’t undergone this procedure. So, if you want to increase your best friend’s chances of living a long life, maybe you should consider to sterilize your pet.

The majority of pet owners decide to crossbreed their animals in order for them to be healthier, which is a good thing. The problem is that it’s not always carried out satisfactorily.

Many of the puppies end up being given to homes where they are taken care of at first, but later on, the animal ends up being abandoned. This is usually a result of financial issues, not having enough space at home and having to limit their vacation in order to take care of them.

Another problem is when the animals are mistreated or forced into procreation in places like animal farms. Although the latter is not always the case, it should be kept in mind.

Link copied!
Interesting Articles
Animals
Stress in Rabbits: How to Deal With It