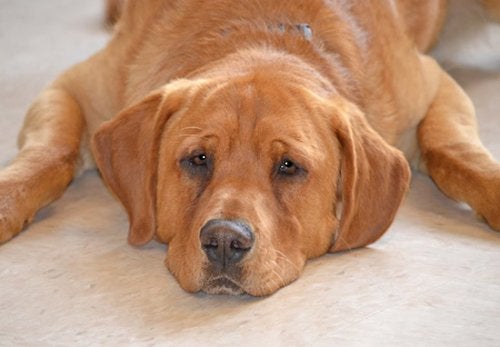 When we read stories about shelters, we see that sometimes the animals keep each other company. However, sometimes a large part of the shelter gets adopted, while their companions get left behind, waiting for their opportunity to go to their forever home. This is exactly what happened to Eastwood, and we’re going to tell you his heart-warming story.

It seems a bit strange that such a beautiful dog, with a face as expressive as Eastwood’s, had trouble finding a loving, safe home. But that’s what happened. The dog lived with 2,500 others at the shelter. One by one, the dogs were adopted and he was the only one left.

When the Bissell Pet Foundation of Michigan carried out an adoption program for street dogs called “Empty the Shelters,” people came pouring in. Thanks to the event, all the kennels and shelters were literally “emptied.”

In just a few days, the families all took their pets home. But unfortunately, Eastwood was not one of them. He was alone, without any canine companions. He had been put in very last place. The problem? He had a deformity in his legs that made mobility difficult, and he was also going blind.

The people in charge of the foundation did not give up though. They told Eastwood’s story on social media and posted a few photographs of him. In the post, they warned potential adopters that while the dog didn’t require special medical assistance at the time, eventually he would need surgery on his leg, which would cost around $4,000.

In return, Eastwood promised a great deal of affection, gratitude and protection. Eastwood got along very well with children, other dogs, cats and adults. He was certainly a wonderful choice.

Those in charge of the shelter couldn’t believe it when they got 80 requests to adopt him! Luckily for Eastwood, he has now found a very loving family who accepted him despite all the odds. Finally, Eastwood will no longer be alone.

If you think Eastwood might be the only dog to have ever run out of companions in a shelter, you should hear Beauty’s story. This time, the events took place in Honolulu, Hawaii. “Beauty” was the last puppy to be adopted from a shelter.

When someone finally did adopt her, the volunteers and employees sent her off with applause and tears, and Beauty left a happy dog in the arms of her new owner.

The staff of the Hawaiian Humane Society was very happy for Beauty. First, she suffered as a street dog, and then she suffered as she waited on the adoption list — though the staff took good care of her.

While shelters don’t take long to fill up with animals and dogs in need of new homes, finding a loving family for Beauty was an injection of hope and excitement for everybody there.

The work that these shelters do deserves all of our admiration and gratitude. They’re responsible for hundreds of dogs being taken off the street and placed in loving, caring homes. So, please be sure to support your local shelters in any way you can!

Domestic Animals
How to Look After Your Pet After Their Surgery

A very common question that you may have as a pet owner is: how to look after your pet after…