The Word Calf: Etymology and Meaning

For sure you've heard and even used the word "calf." Today we're going to tell you more about its interesting etymology and meaning. 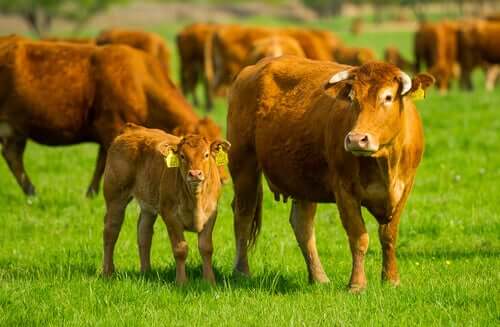 Today we’d like to tell you about one of those words that’s quite familiar to everyone. However, you may not know that it has multiple meanings. So, continue reading to find out about the etymology of the word “calf” and what it means in other contexts.

Origin of the word “calf”

As with many other words, the etymological origin of this word is not yet clear at all. Some authors suggest that it comes from the Old English cealf (Anglian cælf), meaning “young cow.” Or, perhaps from Proto-Germanic *kalbam (source also of Middle Dutch calf, Old Norse kalfr, German Kalb, Gothic kalbo).

Other versions postulate that the term means “thick, fleshy part of the back of the lower human leg.” This is from the Old Norse word kalfi, a word of unknown origin, possibly from the same Germanic root as “calf.”

The word “calf” in the animal world

The word “calf” that is undoubtedly most familiar to all of us is that of the animal. When talking about a calf in this regard, we mainly refer to the breeding of Bos primigenius taurus or Bos taurus (cattle). This species is what we commonly know as a cow in a female, and bull in a male.

The name Bos taurus refers to a set of bovids, and more specifically to the domesticated cattle that arose over 10,000 years ago. Thus, a calf is a baby bovid that’s two or three years old, at most. When an animal is older, then the terms we use to refer to them are:

In some areas, the concept of calf is linked to that of steer. The term is commonly used to refer to not-yet-tamed male specimens. Apart from the bovine world, the calf can also be used in zoology to name some marine mammals, such as the common seal.

The calf in the textile industry

Without stepping too far back from the bovids, let’s now get into the calf industry. According to the Oxford English Dictionary, a calf’s skin is the type of clothing worn by fools or jesters.

Calfskin is thinner and a lot more delicate than the leather from adult specimens. However, it’s as resistant as other leathers, so it’s most common use is in the manufacturing of all sorts of footwear.

Other surprising meanings of the word “calf”

It’s true that the word “calf” is closer to the animal world. Therefore the following definition is quite a step away from it. So, there are some species of plants by the name “calf” or “calf’s foot.”

These terms apply to two species of the genus Arum: Arum italicum and Arum maculatum. These are perennial plants of about 10 to 16 inches tall. They are quite valuable due to their multiple medicinal properties.

Then there’s the following meaning that takes us to the medieval world. This is about the “calf to codex” project. This is the kind of book, or codex, that churches used to copy and register all their belongings and other privileges.

And, finally, you can also describe a floating piece of ice that detached from an iceberg with the word “calf.” 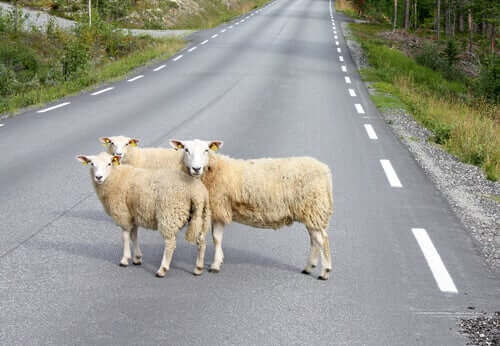 Roadkill: Livestock and Wildlife in Danger
One of the most complex issues in rural areas and surrounding areas is in regard to the safety of livestock and wildlife on the road. Read more »
Interesting Articles