Home » Animals » The Story of the Spanish Fighting Bull

The Story of the Spanish Fighting Bull 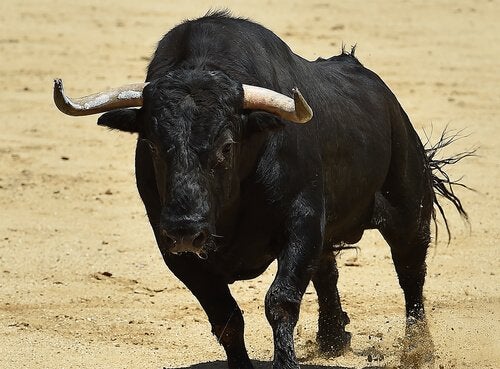 Bulls are impressive and beautiful animals that everyone loves to look at. They have become icons for countries like Spain, especially the Spanish Fighting Bull whose story will be told here in this article. Continue reading to learn all about this majestic animal!

About the Spanish Fighting Bull

Like all bovines, it comes from the Bos primigenius, a stunning specie that lived in Africa, Europe, and Asia. Its descendants, the Bos Taurus, were more resistant than their ancestors. Therefore, they survived because they were better at adapting to the environment, while the Bos primigenius died out.

It’s been confirmed that the Spanish Fighting Bull, like other bovines, is descendant of the Bos primigenius. However, the truth is that the Bos Taurus was the stronger and fitter. During their existence, some of their descendants were domesticated for work or transportation purposes, and used in flamenco songs. However, both species lived together for a while.

As for the Spanish Fighting Bull, it is believed to specifically come from the Bos Taurus brachyceros, which lived in Europe and Africa. Even though they were smaller than other Bos Taurus, they were braver. So, this debunks the theory that it comes from the Bos species that was introduced by the Celts in Spain and Portugal, which were only used for food and work purposes.

During the reign of the Catholic Monarchs, the first bulls arrived to Spain near Valladolid, and later spread throughout the country. Andalusia soon took the lead in breeding Spanish Fighting Bulls, and soon the first bull-fighting shows were created for entertainment purposes.

Within the Spanish fighting bull species, there were different breeds with specific traits:

The fine appearance of the Spanish fighting bull

The fine appearance is the combination of traits that define the bull:

These traits must be based on the set standards for a purebred Spanish Fighting Bull.

Behavior of the Spanish Fighting Bull

Like almost all bovines, the Spanish Fighting Bull is also a herd animal. As of birth, this animal remains close its mother for around eight or nine months. However, there is always a leader of the herd, and this is determined by the way it mistreats others. On several occasions, other bulls from the herd challenge the dominant male into bloody fights in order to become the herd leader.

Since these animals reach their sexual maturity at are very young age, males and females are separated before they turn one and half years. However, this separation does not calm their sexual drive, and so they mount each other to calm themselves down.

The Spanish Fighting Bull is a peculiar animal that symbolizes Spain. It is truly worth learning about it, isn’t it?