The Andalusian or Pure Spanish Horse

This horse evolved to have catlike agility, power, and beauty because it faced rugged terrain and needed to co-exist with local wildlife, including wild bulls. 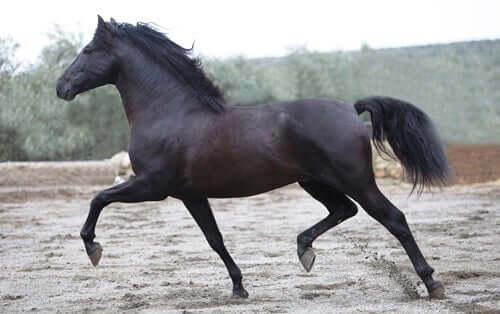 There are many types and breeds of horses found throughout the world. Learning about them helps us to have a more special connection with these wonderful animals. After all, they have been sharing their existence with us for millennia. Today, we’ll tell you more about the Pure Spanish horse. Read along!

The Pure Spanish horse is also known as an Andalusian horse, and this specimen is simply majestic. Are you looking forward to getting to know them better? Then let’s get to it!

Everything you need to know about the pure Spanish horse

As with some other horse breeds and other species, the origins of the Pure Spanish horse hasn’t been determined for certain yet. However, experts locate them in the pre-Roman era, as there is equestrian evidence that holds many similarities with the Andalusian horse we know today.

Philosophers and authors from Rome already spoke about this race and described it as beautiful, elegant, docile, brave but arrogant, and courageous enough to participate in war or Roman circus games.

During the 16th century, Spanish King Felipe II created the Royal Stables of Cordoba. He then brought together the stallions and mares he considered the best from the Guadalquivir area. As a result, the well-known Royal Stud was born, which would later become known as the National Stud.

It was from these stables that the Pure Spanish horse was born. In later days, Europeans sent various specimens to America and the breed spread throughout the country. As a result, most of the horse breeds that developed in the U.S have similar characteristic features shared with the Andalusian horse.

Their heads are fully proportional to the size of their bodies with a straight or slightly convex profile. Their ears have a medium size, perfectly parallel to each other. In addition, the forehead is somewhat bulging and their eyes emit a very bright and intense gaze, full of expressiveness.

They possess long and broad necks, running to well-defined withers and a massive chest. In addition, their necks are medium-sized and gently arched, very muscular, strong and rigid.

Their hind thighs are muscular with slightly curve buttocks and very long legs. Consequently, they have broad, strong and very well defined hind legs. Moreover, they also possess a short back and broad, strong hindquarters.

The Andalusian horse is a nimble animal, with extended, elevated, cadenced and harmonious movements. Moreover, they have a predisposition for learning difficult moves quickly such as advanced collection and turns on the haunches.

The Spanish Purebred is a versatile specimen with a balanced, noble and docile character. They possess great ease at adapting to situations, circumstances or riders. In addition, they offer a quick response to their rider’s requests. Thus, this highly demonstrates their ability to be obedient and to learn.

Equestrian lovers of the world covet this spectacular horse. Therefore, we want to talk a little more about them and how they’re raised.

In order for the people who breed them to be qualified, they must meet a series of requirements. As a result, these requirements will prevent the breed from being mixed and losing its pedigree. Here are a few of them:

We hope that by reading this article you now know this wonderful breed better. In sum, this is a horse that’s full of elegance, intelligence, and strength. Until next time! 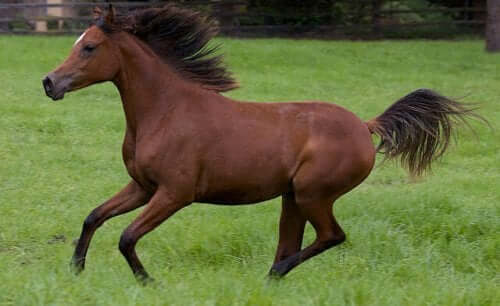 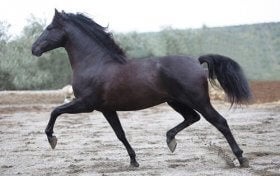 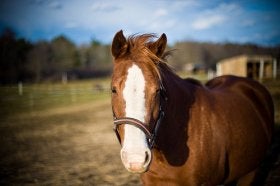 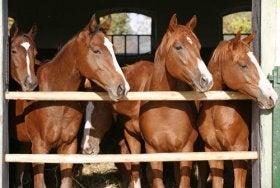 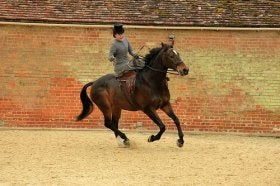 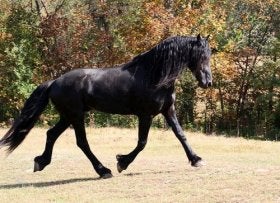 The Friesian horse is an equestrian species originating from the Netherlands. Its name is taken from the region it comes from: Friesland. Horse lovers around the world know this breed as the “German warhorse”. They are also very famous in…