Experts in this area estimate that many of the animals that end up in shelters are lost and not abandoned. Therefore, people need to be aware of the importance of inserting their pets with microchips. 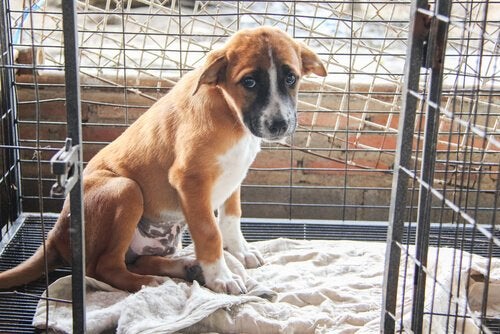 Every year, hundreds of thousands of animals all over the world become homeless. We’ll delve into the causes of the growing number of abandoned pets in Spain. This is a phenomenon that, despite having gone down in the last decade, is now rising again in Spain.

Statistics Don’t Lie: the number of abandoned pets in Spain is on the rise

The real situation behind the statistics

Professionals estimate that many of the pets that come to shelters aren’t abandoned, but lost. The best strategy to reduce the number of stray dogs and cats is by implanting them with microchips.

In Spain, 85% of dogs and 34% of cats are identified with microchips. A responsible pet owner will know where their pet is at all times. It’s clear that these statistics are far from ideal, and there is a long way to go.

The percentage of cats returned to their owners is usually much lower than that of dogs, mainly because of the lack of microchips in cats. They are usually born and raised on the streets, without the standard care and protocols they require.

Does abandonment increase in the summer?

Statistics reveal that more animal abandonments occur in the second quarter of the year. Cats have the worst time during those months. 43.5% percent were abandoned.

If you take a look at the data, you can see that abandonments take place throughout the entire year, and there’s no sudden change in the trend. The popular belief that people abandon pets right before summer break is just a myth.

Regarding why owners abandon their pets, is due to unwanted litters, especially in the case of cats. Early sterilization and responsible care are often the answer to this problem.