Historical Roles That Animals Have Filled

Animals have fulfilled fundamental, and sometimes historical, roles for thousands of years for humans. However, there were also animals that unwillingly left a mark on history and the future of mankind. 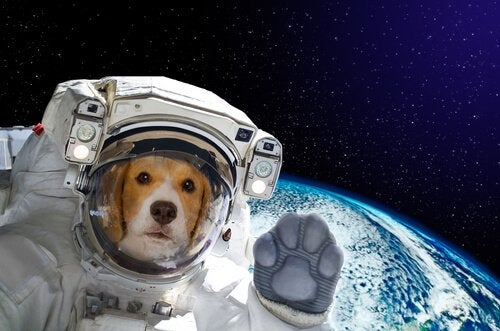 Beyond the functions that animals fulfill in their respective ecosystems, they also play an important role in society. In fact, there are many that have filled significant historical roles.

Animals have been used for providing food and warmth, but they are also recognized as companions, guides, rescuers and scientific test subjects.

The role that animals play in nature is split into three categories: waste processors, pollinators and biological controllers.

They’re also one of humanity’s main sources finance, which is why some support selective reproduction, which is the same process that the textile and footwear industries use.

However, what about the animals who have left their marks on the future of humanity? Even though they are often ignored or forgotten, there are several animals that have been key players in some of the world’s most historical milestones.

Everyone remembers Yuri Gagarin, the first man to travel to space. But who remembers Laika, the first space animal? Or the pigeons that were used in World War II?

Effort and courage are two traits that make humans standout. However, these traits have also been the reason why many animals have filled historical roles. These are just a few of the animals that are famous for their heroic actions and contributions:

She had no training other than being a stray female dog on the streets of Moscow. Even so, she was selected to board a spaceship. November 3, 1957, it was the second Sputnik that the Soviet Union sent to orbit in a small cabin.

The unusual thing about it was that she was the first living being to perform an orbital spaceflight. Unfortunately, she never returned.

The devices they implanted on Laika recorded her breathing, pulse and blood pressure. They confirmed that she probably died from hyperthermia. The cabin was supposed to separate from the rocket, but it never did. So, when the rocket entered outer space, Laika’s cabin overheated.

She went down in history, and so did two other stray female dogs, Belka (Squirrel) and Strelka (Little Arrow) in 1960. They traveled to space in Sputnik 5 and managed to survive. Several rodents, plants and a sample of human skin were also on-board. They orbited for a day and returned safe and sound.

Laika, Belka, and Strelka allowed scientists to check whether the rockets were safe for humans to travel. Laika didn’t survive more than a few hours due to the anomalies in the system. However, the ship traveled for six months until its self-destruction. Belka vomited, but there were no other setbacks for her and Strelka.

Dolly the sheep was the first mammal cloned from an adult cell. She was born on July 5, 1996, after multiple attempts by scientists to join ovules combined with mammary cell nuclei. Dolly’s arrival in Scotland implied a significant breakthrough. It got everyone talking about the world on animal cloning.

Cloning was possible for a long time before Dolly came around, but only with embryonic cells. Dolly showed that an adult’s DNA cells can allow the growth of an entire organism. This Finn Dorset lamb was the only one born after 277 attempts and was kept secret for months.

Dolly grew up under scientific surveillance, mated and produced completely normal offspring. However, they had to put her down when she was six and a half years old due to sheep lung adenomatosis. The scientist concluded that Dolly’s premature aging was perhaps because she came from a 6-year-old sheep’s core.

Pigeons are a symbol of peace and purity, and especially the white ones. However, Cher Ami is famous for more than just her color, she was a messenger pigeon.  During the World War II, Cher Ami warned the American army about the danger that part of the battalion was facing.

The wounded pigeon in the battle of Verdun delivered a total of 12 cards. The last of them, removed from his already amputated leg, warned about the enemy’s position in relation to the Americans. This message allowed for defensive action to take place and saved the lives of 194 men.

Chita the chimpanzee, immortalized for his role in the Tarzan movies, was also the oldest in the world. The Guinness Book of Records reported that he was 79 years old, and he died at 80 due to kidney failure. This animal was an icon of cinema in the 30s and 40s.

This famous chimp was named Jitts. The film industry made him Tarzan’s best friend. His death was registered at the Suncoast Primate Sanctuary animal shelter in Palm Harbor, Florida, where he received tons of displays of affection.

These are just a few of the world’s historical animals, but the list is quite long.

If you have enjoyed this article, you might want to do some research about Keiko, the whale from Free Willy, and the Cairo dog that assisted in the capture of Bin Laden. Or Jim, the horse that helped prepare the vaccine against diphtheria.