March in Defense of Animal Rights 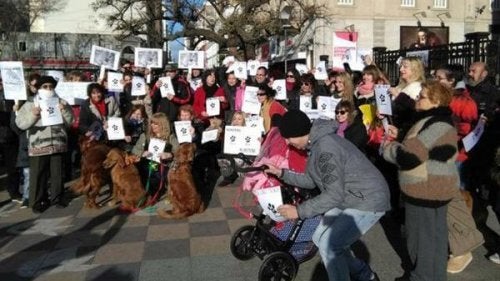 They can’t speak or defend  for themselves. That´s why there are people who would fight and speak on their behalf.  A large animal rights march took place and fortunately it happened in different parts worldwide.

On last Sunday, September 25, these two premises came to pass. During this day, a massive march for animal rights took place in several cities in Colombia. Started by the “Animales Libres de Tortura” Platform or ALTO (Spanish initials for “Animals Free From Torture”)  all concerned with animal rights gathered in a peaceful protest including posters, pets and music.

The idea was simple: to benefit all living beings that live in national territory. Under the slogan, “Peace for animals, peace for nature,” several social actors, public figures, students, and people of all ages joined for the main march. It began at 9am in the Plaza de Toros La Santamaría and ended in the Plaza de Bolívar. The event ended with a musical performance by the Bogota Youth Philharmonic Orchestra.

The Argentine march for animal rights

In June, protectionists and rescuers from the coastal city of Mar del Plata marched in defense of animals in front of the local cathedral at Plaza San Martín. Around 500 people showed up with their pets. Using the slogan “Not one more,” they marched so everyone would know they were the voice for those who cannot speak.

The everyday violence and abuse animals have to go through, was challenged in this Argentine march. The event happened in silence. Participants say they hope the law against animal abuse comes into effect nationwide.

The march in Mexico

This year there have apparently been many movements in favor of animal rights in Latin America. Also, in June of this year, the third march took place in Mexico City. Several civil organizations and people participated in the march. On the one hand, it spoke about the conscience of society, and on the other, the lack of laws that consider all living beings.

During this march in Mexico, a recently modified law by the Legislative Assembly of the Federal District was applauded. This law prohibits animal participation in circus shows and similar performances.

Many participants marched dressed up as animals such as tigers, crocodiles, pigs, killer whales, and zebras. This way, the issue at matter spoke about the affects that human behavior has on animals.  The march took place in the streets downtown at this historic city. Also acts such as bullfights, zoos, aquatic performances, experiments, and scientific testing on animals were condemned.

What can you do for animal rights?

There are many ways to help if you want to become an activist for those who don’t have a voice. First of all, get a close look at what danger animal lives the most in your city or country. There are many studies and investigations that can be useful. You can “be devoted” to a specific matter such as  indiscriminating whale hunting, circus animals, sales of purebred dogs, animal work, etc.

The second step is to be active. How? By making the information you gathered known to to other people on social media, in  your neighborhood, university, or workplace. Most of the time a lack of knowledge is the worst punishment for animals.

Additionally, we recommend looking for an association or foundation that defends animal rights (like Greenpeace of WWF) and to participate in their activities. 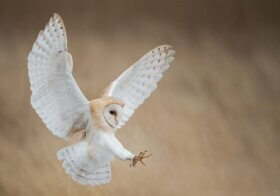 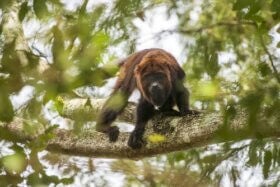 When we talk about the howler monkey, we’re referring to a genus of New World primates. These animals are known for having the strongest call in the animal kingdom. In the paragraphs below, we’ll tell you more about the characteristics… 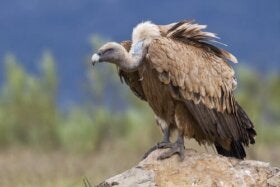