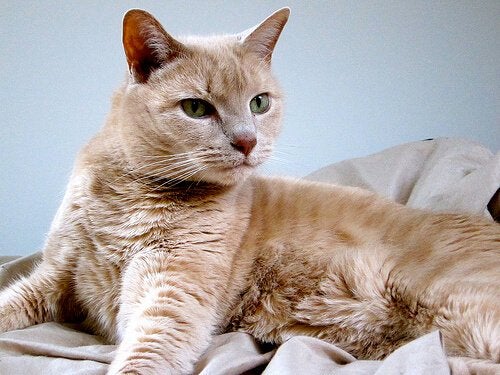 Neutering or spaying domestic animals is a sign of responsibility. It’s a way to prevent uncontrolled and often undesired breeding as well as abandonment. There are many advantages including a decrease in behavioral disorders associated with being in heat. Continue reading this article to find out why you should neuter your cat.

Neutering your cat: a good decision?

Many people have doubts about the benefits of neutering or spaying their pet because it deprives the animal of reproduction.  Even if this is true, it’s more important to consider that this decision prevents uncontrolled breeding, unwanted litters, and abandonment.

Cats are very fertile animals that mate several time a year. They can have up to seven kittens in each litter, unfortunately many of them end up on the street. You make a responsible decision by neutering your cat.

Neutering and spaying are routine veterinary procedures that don’t danger pets. It can be done in several ways, and the procedures for males and females are different. They consist of the following:

If you want to get rid of your cat’s behavioral problems during mating season, then it would better to remove the organ. These behaviors include marking territory, meowing, and fighting, etc.

Advantages of neutering your cat

There are several opinions on this matter, and therefore it’s best to check with your veterinarian. The most traditional belief on the ideal age for neutering is after your cat’s first heat, around 6-8 months.

However, currently many advise neutering your cat before that age, around 4 or 5 months. That way, you will avoid a surprise pregnancy and behavior problems during heat. No matter what, it is possible to perform the procedure (both the surgical and non-surgical options) at any age, even if the cat is an adult and has had litters.

Watch out for obesity

The risk of obesity is often a feared side effect of neutering. Even if the cat changes his nutritional needs, the attention simply shifts to controlling his diet. Buying special food for neutered or spayed animals, giving them a balanced meal, and monitoring their meals is enough to prevent obesity.

In conclusion, neutering your cat benefits everyone. It reduces health risks for the pet, prevents any unwanted pregnancies and annoying behaviors for the entire family. As for your neighbors and the community, it controls the spread of stray animals on the street.