What kind of punishment is most appropriate for dogs? 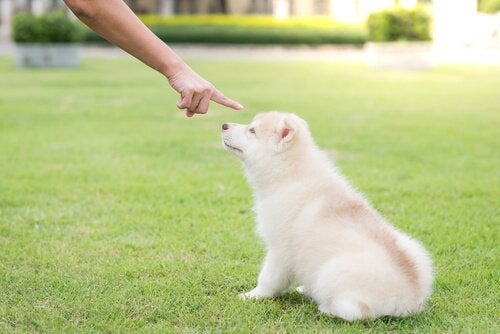 When we hear the word “punishment” we think of something negative, but it doesn’t have to be that way. It’s been shown that just like with humans, positive reinforcement with dogs works: motivating and incentivizing — but not overlooking — mistakes.

You could call this type of discipline “punishment in disguise” because at the end of the day the objective is the same: to improve the dog’s behavior. So, when your dog behaves badly, what is the best punishment?

Types of punishment to avoid

There are negative punishments that we must avoid at all cost, since they don’t only fail to bring about the behavior that we want, but can also damage the physical and mental health of your dog.

Negative punishment does not do anything positive, and the dog may actually just get used to it, believing that this way of life is normal, so he won’t learn anything. Also, it will break the bond that you and he share, since now he’ll always relate your presence with something negative.

However, there is another type of “punishment” that will teach your dog lessons that he’ll never forget.

A mom once invented a method called the green pen. Tired of seeing no improvement in her daughter’s mistakes no matter how much she used a red pen, she decided to use a green pen to mark what her daughter had done well. The more green marks she had, the better she did — it worked!

If you want your dog to learn a voice command such as the command “come,” logically you’ll call him 10 times and at first he’ll come just once. If you get angry the other nine times, the dog will not see any sense in obeying.

But rewarding good actions, even if they are few, will incentivize your pet to be obedient and everything will be much easier.


That said, there are times when you must scold your dog, so how should you do it? Verbally with a very firm yet not harsh tone of voice. Looking him in the eyes and holding him by the neck softly so that he doesn’t leave while you’re talking to him. Don’t stretch it out; keep it brief.

Start early and be positive

Teaching your dog starting in her first months of life is essential if you want her to have excellent behavior for the rest of her life. Teaching a dog with love using positive reinforcement based on consistency, perseverance and patience is the best way to her and avoid having to punish her in the future.

There are many myths out there about how to teach a dog to not destroy things, urinate in the house or any other issue, but remember something: any behavior that scares your pet will not help her behave better or love you more: it will do the opposite.