How To Satisfy Your Dog’s Natural Instincts At Home 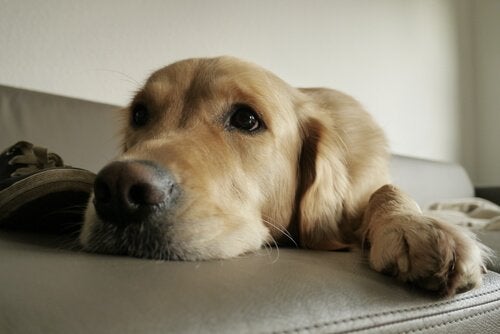 For many years dogs have been adopted as pets. Despite this fact, they must satisfy their natural instincts. Although, they may have adapted to our lifestyle at home, there are things they feel and cannot stop doing. Canines have  natural instincts they can’t ignore.

Some of their instincts create coexistence problems. For example, hiding things or digging up holes in the garden. However, this type of behavior cannot be stopped – –  because it’s more than just their natural instinct- –  it’s part of their character and personality.

Natural instincts you should satisfy at home

Interaction with other dogs and people

Dogs are pack animals. In other words, they are used to being with someone and interacting with him/her. This makes them highly intelectual pets. A dog cannot live on a terrace or in a garden without entering the home and end up playing all by himself.

In fact, there are stories of dogs going insane due to living under these circumstances. Therefore, you need to understand dogs require interaction before you adopt one. So, if you are not willing to have them live with you under the same roof, then it’s better not to consider getting one.

Dogs also need to interact with other canines. Your fear of your dog getting hurt by another dog on the street is totally understandable, but your dog needs interaction. Let him smell other canines, play with them, and even have disputes. Nothing will happen. In fact, it’s quite the opposite.

These are the basic instincts we as humans possess. We need to remember that before being domesticated, dogs used up most of their time searching for food. Therefore, any dog that satisfies these basic needs fulfill the majority of its natural instincts.

The sense of smell is very important to a dog. They use the sense of smell to feel, transmit, and perceive information in the world around them. That is why their noses have more than 250 million sensory cells. As for humans, we only have 10 million.

Therefore, do not treat your dog as if they were a child when you are going out for a walk. Let him smell whatever we wants because that is how he gets familiar with his surroundings.  If you are at home, you can motivate him to use his natural instincts by playing hide and seeks with his toys.

Staying active is important for a dog and playing is the easiest way to do it.  Maybe it’s not the right moment for you when your dog wants to play, but you should go along with it. You will end up stimulating his brain.  Remember, a healthy mind equals a healthy body.

Chewing bones and toys is also a natural behavior for dogs. Do not scold them if they bite their toys. Isn’t that why you bought them for?

Dogs have the ability to communicate through speech and they do it by barking.  That’s why they bark when you come home, when they hear strange noises – – like a good guard dog should – – or when they want something. You most likely won’t understand,  so just let him communicate anyways.

This communication instinct is also related to their sense of smell. Therefore, dogs may do some things that seem disgusting to humans. For example, smelling the urine and rear ends of other dogs. However, this is a normal behavior. This is how they communicate and understand each other. So, who are we to stop it?