Southern USA Residents Risk Their Lives to Save Animals 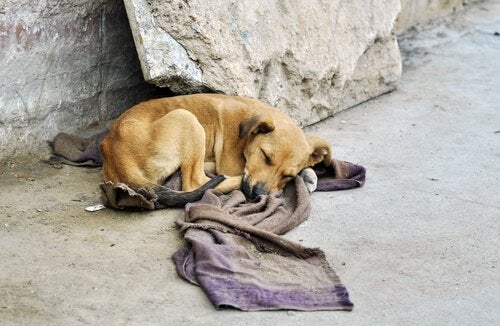 Flooding has been devastating different states in the the southern part of the USA. In addition to saving different belongings, many neighbors and residents are joining forces to save animals.

After these floods, the Dunham Springs Animal Shelter lost its facilities. Only the roof of the place was in sight; the natural disaster that ravaged the southern United States took everything else.

As a result of these events, the rescuers and inhabitants of the area did their best to save the animals that were in the shelter at that time. To do so, they had to force the door panel open so that dogs could swim out and others could climb onto the roof.

In recent statements, a local neighbor said that boats rescued get the animals that were in danger out after the natural disaster. When they were put to safety, the inhabitants took responsibility of feeding them and protecting them from the cold. Meanwhile, the shelter employees are working to get better homes for their animals.

Neighbor volunteers affirm that it wasn’t just about trying to help save the animals from the shelter. It was also about helping those that lost their family or had no home as a result of the flooding.

Even though the number of abandoned dogs and animals is large, the amount of people and groups that are organizing to help fight this problem is increasing.

To rescue a stray dog and give a second opportunity to the poor animal, we see dogs daily that are so afraid of people that they don’t let them get close.

The abandonment of pets is a global problem that causes millions and millions of dogs to die each year. This is because people simply continue to pay for puppies from breeders or pet stores. Instead, they could be saving the life of an innocent animal by adopting it.

The purchase of puppies

People who get puppies from animal stores fund the cruelty of breeding farms. The dogs are often cruelly abused and inhumanely killed.

Some breeders who can’t sell their puppies kill them, using methods like drowning. Others abandon them.

Many people who buy puppies later decide that they’re an inconvenience, and they get rid of them. They add even more innocent dogs to the large amount already condemned to death.

Other people do the same when they unexpectedly end up with a litter of puppies because they do not castrate their dogs.

If we didn´t buy, and everyone adopted instead, nobody would breed dogs, and finally no dog would die.

A time to adopt and save animals

When people abandon animals and they end up in a pound, their chances of getting out alive are not in their favor.

From their arrival, the race against time begins. These dogs and cats have a limited amount of time for people to claim them, or to find a rescue center. For the animals that are considered unsuitable to return home, because of disease, accidents, or aggression, they typically aren’t given the opportunity for rescue.

The facts speak for themselves

The data collected around the world estimates around 600 million abandoned pets each year. By country, around 4 million dogs are abandoned per year, just in the USA. In the United Kingdom, it’s estimated that the number of abandoned dogs reaches as high as 130,000.

Not only are there abandoned dogs, but there is also a huge problem with abandoned cats, rabbits, and ferrets. Other small animals are also victims, but abandoning them is easier to hide.

Many shelters and dog pounds that kill millions of adoptable and healthy animals every year around the world often use the word “euthanasia” to justify their actions.

But euthanasia is for patients with painful and incurable diseases. Most of the animals that dog pounds sacrifice are not aggressive, they are healthy and adoptable. They do it because there aren’t enough people who adopt, sponsor, or take in so many animals.