The Spanish Greyhound: A Resilient Breed with History 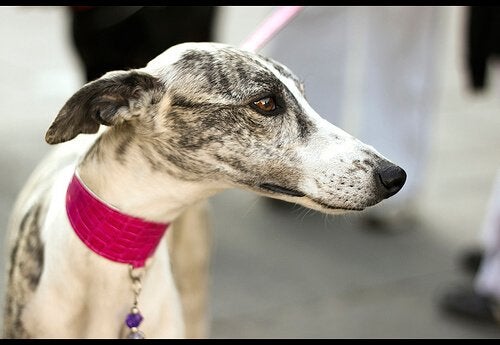 The Spanish Greyhound is one of the oldest breeds on the Iberian Peninsula. However, it was also relatively unknown until recently. Abuse and abandonment have made it one of the most adopted dog breeds. Continue reading to find out more about this breed.

History of the Spanish Greyhound

The Spanish Greyhound is a very old dog breed. It’s believed that, like the Warren Hounds, they descended from ancient Egyptian dogs, and there are records of greyhounds in Spain dating from the 2nd Century AD. In fact, there is a Roman treaty about hunting which describes dogs with an identical physique and behavior to the greyhound.

They always have been used to hunt hares and rabbits during the Reconquista, which was when they lived a period of splendor. Many lands previously used for farming became the hunting grounds of the greyhound, which were the great plains of Spain that had plenty of rabbits and hares ran.

The Spanish Greyhound continues being used for this job today. Many of them are abandoned when the hunting season is over, which is why they’re one of the most common breeds in shelters. At the same time, they’re also one of the breeds that are most often adopted. They’re not just hunting dogs, they also make great pets.

The entire anatomy of a Spanish Greyhound is designed for sprinting. Their body is light, powerful, tall and slim. Spanish Greyhounds measure between 50 to 70 cm in height, and weight between 15 to 18 kilograms. Any other dog breed of that height would weigh at least three times as much.

This is because Spanish Greyhounds has long and thin legs. Their chest is relatively wide, while their belly and waist are extremely thin and sleek. They also have a slightly arched back and a long thin tail, which gets thinner towards the tip.

Their heads are also thin and long, with small triangular ears which either fall to the sides or backwards. If you look at their face, they have small but lively and alert eyes on the side of their heads.

As for their fur, Spanish Greyhounds have a short, tough and thick coat which comes in many colors. However, they tend to be a dark brindle color. However, they can also be toasted, cinnamon, brown, yellow, black, or white. There is also a variation of the Spanish Greyhound with a large head which has a beard, whiskers and bushy eyebrows. However, these are less common than the short-haired variety.

Despite what you might think about their main job, Spanish Greyhounds are very calm and affectionate. Just three walks a day is plenty because they don’t need to spend that much energy. In fact, people who adopt Spanish Greyhounds are often surprised at how lazy they are, because spend most of the day asleep.

Games which involve chasing after things can set off their hunting instinct. Therefore, throwing balls or sticks can be harmful. They’re very sensitive dogs and can get overly stressed with games like this. As for their personality, they tend to be quite timid, but they can become very attached to the ones close to them. This means that they don’t really trust strangers.

Not only this, but many dogs of this breed are rescued dogs. They might have suffered some traumatic experience — along with their natural shyness — could make them become quite frightened.

Families who want to adopt a Spanish Greyhound can speed up the recovery process by visiting a dog trainer. With individual therapy, the resilient and strong greyhound is more than capable of overcoming any bad experiences.

The Spanish Greyhound is not known to have any hereditary conditions. However, this doesn’t mean that you don’t need to take them to the vet for regular check-ups and keep their vaccinations up-to-date.

There isn’t a great deal of hip dysplasia with greyhounds. Dysplasia, whether hips or tail, is quite common in dogs of this size. However, because it’s so slim, this doesn’t tend to happen. But that doesn’t mean you should forget about other illnesses that large dogs get.

When it comes to hunting dogs, it’s important to follow your vet’s instructions regarding their de-worming and parasite treatment. Ticks and fleas can cause serious illnesses. You should also regularly check their feet and ears for splinters, stones, or other objects that can get stuck.