Unlike people, dogs and cats don't synthesize large amounts of vitamin D and are dependent on diet. Beyond providing adequate supplementation, several factors affect its bioavailability. 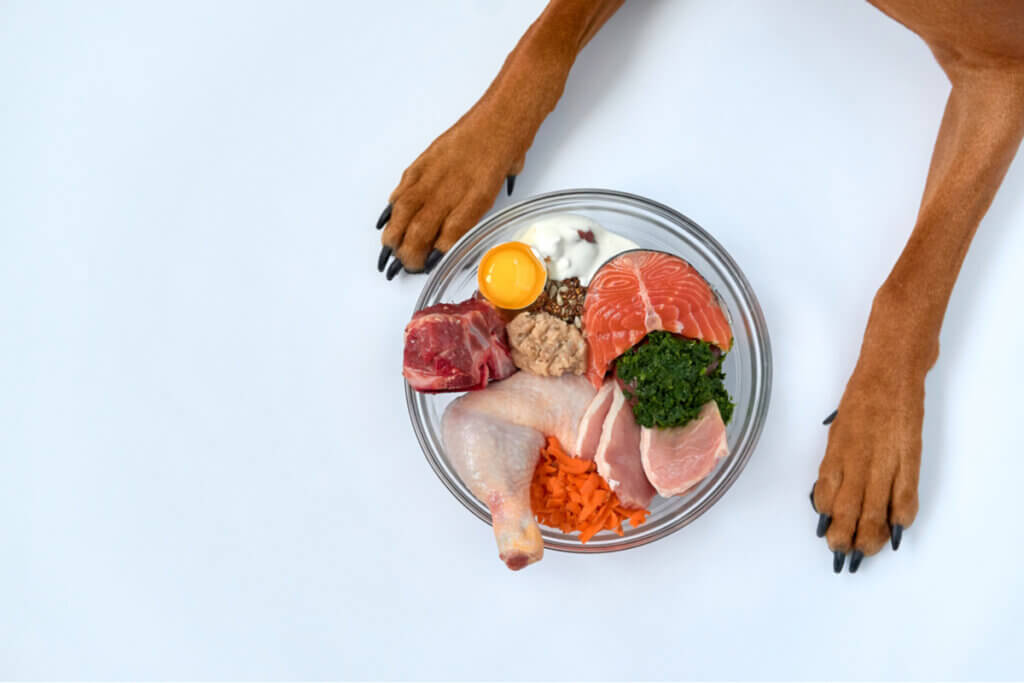 We often hear about the role of vitamin D in regulating the absorption of calcium and phosphorus. This is why this vitamin is so important for bone health. At the same time, it’s important to know that excess vitamin D can lead to adverse effects, either from excess calcium or from direct effects on tissues.

While calcium contributes to bone development, it’s also key to other processes. For example, muscle contraction and the transmission of neural signals. When there’s excess calcium, the heart, arteries, gastrointestinal tract, and kidneys are especially prone to damage.

Gradually, several scientific studies have revealed that vitamin D also exerts a regulatory role in various tissues. For these reasons, it’s very important to understand what vitamin D does, what its metabolism is like, and what doses are safe for your pet. Here we’ll tell you everything you need to know.

What is Vitamin D?

First, the chemical nature of this vitamin is lipid and animals produce it from cholesterol. As such, it’s a fat-soluble molecule that the body digests and absorbs in the same way as dietary lipids. The body also eliminates it, excreting it in the feces, through bile.

When the level of vitamin D rises above the body’s needs, it accumulates. Thus, animals can store it–mainly in the liver, although it can also end up in adipose tissue. Accumulation occurs preferentially in fish in comparison to terrestrial species, which store little vitamin D in the body.

The body can produce its own vitamin D

In general, many herbivorous and omnivorous animals have a precursor in their skin cells, 7-hydrocholesterol. When the skin is exposed to the sun, UVB rays catalyze the synthesis of vitamin D3 from this precursor.

On its own, vitamin D3 is biologically inactive and the body must convert it to an active hormonal form in a two-step process:

Animals that can perform this synthesis include humans, rats, pigs, horses, birds, sheep, and cows. However, the skin of cats and dogs – and probably other carnivores – produces little vitamin D and, therefore, these animals depend on their dietary intake.

Plants can also produce a variant of vitamin D, from ergosterol, which is called vitamin D2.

What if there’s a vitamin D deficiency in pets?

The issue of vitamin D deficiency in dogs has drawn a lot of attention lately. The best-known effect is on the bones, as its deficiency has to do with rickets, which presents itself with very clear physical deformities.

A recent study evaluating 350 domestic dogs found that two-thirds had insufficient levels of vitamin D in their bodies. Beyond this, it’s interesting to note that the vitamin variability found among animals that had similar diets was very large.

More and more research suggests that the association between vitamin D insufficiency and a series of diseases, including cancer.

What happens if the supplementation produces an excess of this vitamin?

According to several scientific reports, vitamin D exerts a direct regulatory effect on more than 36 different cell types. In fact, research has shown that vitamin D induces the expression of more than 50 genes. Generally, among the processes that an excess of this vitamin affects the most, the neuromuscular control and the immune function stand out.

In dogs, excess supplementation can cause kidney failure within days. Unfortunately, experts aren’t aware of the ideal doses of supplements to maintain cellular health for each breed and at each stage of dog growth.

Even so, you can find the current recommendations regarding the intake of this vitamin in the nutritional guidelines of the European Pet Food Industry Federation.

Over the years, many commercial pet foods have added too much of this vitamin to their feeds and have caused illness and even death in the animals that eat them. In 2019, in Spain, the Hill’s dog food company recalled lots of products due to excess vitamin D content.

Is supplementation a panacea?

Without a doubt, answering this question poses a challenge. In 2011, a study evaluated the relationship between blood levels of 25-VitD in dogs and mast cell tumor disease. The authors found that herding dogs with tumors had less 25-VitD than the herding group without tumors.

What’s truly intriguing is that, when comparing the diets of both groups of dogs, they found that all the dogs received similar amounts of 25-VitD. So, this result suggests that diet alone doesn’t determine blood levels of 25-VitD.

Many questions remain regarding this issue: Can cancer reduce the dog’s ability to produce 25-VitD? Are some dogs exposed to risk factors that prevent them from forming this compound? Only time and experimentation will give us clear answers.

The modern life of dogs

Previously, dogs obtained an optimal amount of vitamin D from the fat reserves of their dead prey. However, their lifestyle has changed considerably.

For this reason, the diet of dogs has changed, and is now based almost exclusively on commercial feed. Therefore, the supplementation that comes from their food became their main source of vitamin D.

What factors can decrease the bioavailability of this vitamin?

Here are some factors that may limit the availability of vitamin D in your animal:


As you can see, at least two or three of these factors will affect most dogs living in a domestic environment. For this reason, it is essential to consider the importance of this vitamin in your pet’s diet and to implement it in their daily menu in an effective way.
The Essential Vitamins Your Dog Needs
There are several myths about diets for dogs. Especially in regard to which types of food contain the essential vitamins they need. Read more »
Link copied!
Interesting Articles
Birds
The 5 Fastest-Flying Birds