Dragonflies: All About This Large Winged Insect

They are carnivorous predators that play an important role in the ecosystem due to the large amounts of mosiquitoes they eat. Therefore, they help prevent diseases like yellow fever and malaria. 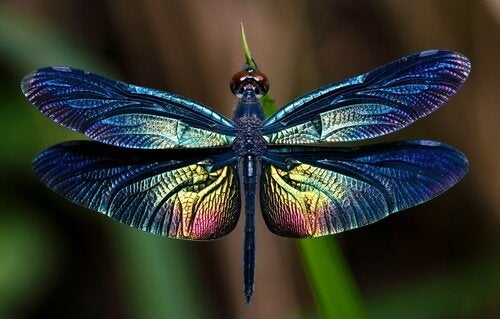 Undoubtedly, dragonflies are fascinating insects that stir up peoples’ curiosity due to being protagonists of many myths, beliefs, and mythological stories that have filled peoples’ imaginations for centuries. Below, you can learn more about this large winged insect and how much of an impact it has had on culture.

Currently, there are more than 5,500 different known species of dragonflies. Scientists estimate that they first appeared more than 300 million years ago. That would mean that they lived before human civilizations and are older than dinosaurs.

They creature are have a thin and extended abdomen, and their large, round eyes almost touch each other. Their ocular morphology gives them really privileged eyesight that has a complete 360-degree field of vision.

Dragonflies have six legs covered with tiny hairs that allow them to catch prey. In some species, their four large, striking wings, can measure from 2 to 19 cm in length.

Dragonflies are very effective carnivorous predators, and they naturally attribute to the population control of mosquitoes and other insects. They may be small, but they are great hunters that are on the top of the insect food chain. Due to their remarkable agility and the “fuzz” on their legs, they can catch insects in mid-air.

The role that dragonflies play in the ecosystem greatly helps human beings. A decrease in the dragonfly population would be risky not only for the balance of their habitat but also for our health.

The vast majority of dragonfly species are native to warm climates, mainly from tropical and subtropical regions. However, they can be found on all continents, except on the North Pole and Antarctica. Plus, the time they have lived on our planet is proof of their resilience and adaptability.

Dragonflies are also well-known for their great agility and resistance in flight. They have small rings on their abdomen that help them propel their bodies and gaining power and speed during flight.

Their light and long body structure, along with their four powerful wings and rings, allow them to reach high speeds. A dragonfly can fly non-stop for several hours without going under speeds of 60 km/hour. Also, they can take off quickly without needing any external impulses.

Dragonflies live a large part of their lives near water because that is where they mate. Males usually fight in order to “win over” a female in a certain territory. After being crowned the “winner”, he must protect his mate while she lays her eggs in the water.

The life cycle of every dragonfly begins in the water, in the form of an aquatic nymph. During this stage of life, they breathe through gills and feed on worms and tadpoles.

They also have a kind of mask with large fangs to catch their prey. This stage of life varies according to each dragonfly species, usually from a few weeks to eight years.

When nymphs go through metamorphosis they shed molt their skin, mask, and fangs in order to become an adult dragonfly. Most dragonflies have a short adult life of only a few weeks.

The dragonfly’s meaning in popular culture

In the traditional Native American culture, the dragonfly is considered to be a symbol of transformation and rebirth. Therefore, they are often associated with reincarnation and the souls of the dead. There are also totems poles of these insects that represent strength and prosperity.

The Burmese people used to regularly perform the ritual of throwing dragonflies in the water that surround their settlements. Today, people believe their intention was to control the mosquito population in order to avoid the spread of diseases like yellow fever or malaria. This ritual was meant for protection in Native American mythology.

In addition, their flight and colors that reflect on their large wings generated true fascination in many civilizations. Also, their ability to survive the transformations of life is considered to be an inspiration for human existence. 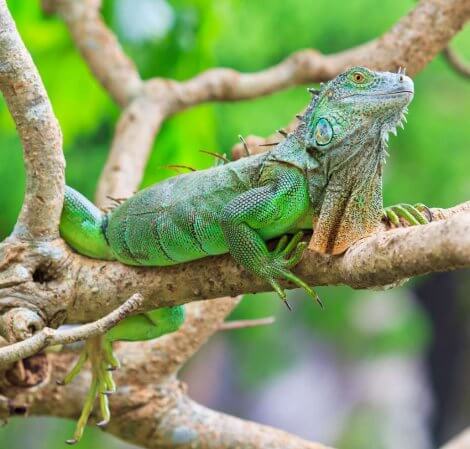