The Most Beautiful Butterflies in the World

All species of butterfly are beautiful, but nevertheless, we've attempted to put together a list of the most beautiful and impressive. 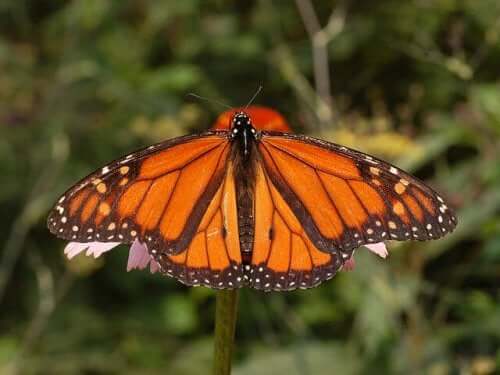 No one can deny their beauty. They make our world a happier place and they often amaze us with their colors and majestic flight. They’re one of nature’s most amazing creations and also feature in spiritual imagery. In this article, we’re going to highlight some of the most beautiful butterflies.

The most beautiful butterflies

It’s a bit hard to make a list of the most beautiful butterflies… because all of them are beautiful! Nonetheless, we’ll try to pick out the most striking from the more than 165,000 different types that exist in the world. Here are the ones we’ve decided on:

Its wings are so thin that its body seems to simply hover through the air. In fact, they’re so thin that you can see through them. They live in Central and Southern America, particularly in Mexico, Brazil, Bolivia, Peru, and Venezuela.

This species also lives in South and Central America. Their name means “modified” or “changed” and is the name of Venus and Aphrodite, the goddesses of Love. Their wingspan measures 3 inches and they have a bluish color. The wings are darker near the body and they have black edges with red, yellow, and white specks.

This species is found in New Guinea. The females are larger than the males (over 12 inches in size and 0.5 ounces in weight). Their wings are brown with white markings and the thorax has a red color.

They are, unfortunately, presently in danger of extinction because of hunting by collectors and the planting of palm trees.

The Aricia Morronensis is native to Spain, usually in rock and dry areas and can fly at an altitude of up to 5,900 feet. They can measure up to an inch in size and are brown with whitish edges. Their back has ocher-colored lines and black and white dots. They also have orange markings.

The large emerald butterfly lives in the northern Sierra Nevada and Canada. They prefer sandy areas with low vegetation and develop from May to August. They’re pretty small (0.6 of an inch), and get their name from the beautiful green color of their wings. The females stand out because they have a brown front.

This species is very small (barely an inch in size), and its name is as curious as its wings. Anna’s eighty-eight has distinctive black and white wings which appear to have the number 88 in the center. There is a small red section at the top of their wings. They fly from April to September and live in Mexico, Peru, Brazil, Colombia, and Argentina.

This is one of the most famous butterflies and performs one of the most extensive migrations seen in nature. Each year, they migrate from Canada to Mexico in order to reproduce. However, they are currently in danger of extinction due to the gradual disappearance of their habitat. They are orange and black with white spots and appear in gardens containing striking, colorful flowers.

Also known as the Painted Lady, this species is orange, black and white. It can be found on every continent except Antarctica and can be found in warm areas and mountain regions.

They are quite large (3.5 inches wide) and can fly 1,000 miles throughout the course of their lifetime. As adults, they feed on the nectar of garden flowers and wildflowers and are particularly partial to thistles.

Their main feature is that their wings are different colors on the front and back. When open, they have a bluish tone with white edges. When closed, they are light brown with small black and white or orange and black circles. They normally live on grassland or areas with little vegetation. They can be seen between June and July.

This final addition to the list is truly striking because of the color of its wings. The pattern is never the same from one butterfly to the other and can even look dangerous when perched on a leaf. They can measure up to 6 inches in size and live in Asia, from India to Indonesia.