What Are Endemic Species?

Endemic species are of great importance to the ecosystem. However, they are also more vulnerable due to being 'limited' to far-flung parts of the world. 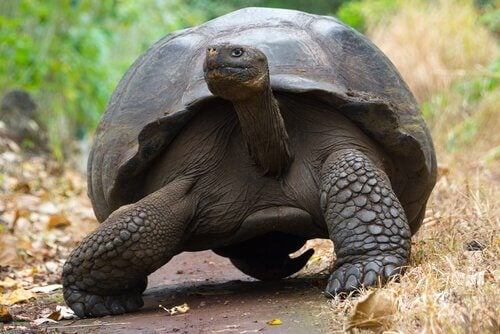 Endemic species are species that have a limited distribution or population. They are also species that only live in one particular part of the world. In this article let’s learn about the characteristics and special importance of this unique group of species.

Getting to know endemic species

The term Endemism can be used for animals, as well as plants, to define those species that are unique to a particular geographic location. For example, they may only exist on one particular island or desert.

When we talk about endemic species, really we’re referring to species that only live in a certain region, country, or ecosystem.

Endemism can exist in all the natural areas that we know of. For instance, on a mountain top, an island, in a certain country, a forest, a lake or in a desert. The concept is applied to species, but we can also apply it to subspecies, organisms, animal families or plants.

Islands are the ‘perfect’ place to find endemic species, due to their isolation. For example, Australia hasn’t had contact with other continents for millions of years. Because of this, it contains flora and fauna you can’t find anywhere else in the world.

Other emblematic examples are the Galapagos Islands, the archipelago of Hawaii and the Canary Islands. All of these islands are of volcanic origin and have never been in contact with a continent. There you can find species that don’t live in any other place in the world. Three examples are the Galapagos tortoise, the hoary bat or the blue finch of Gran Canaria island.

The importance of endemic species

A very important point in relation to these species is that the smaller the area they inhabit naturally, the greater the risk that they may suffer changes in the population, reduction in their survival rates, or illegal poaching. That is to say, they are more vulnerable to extinction.

They are also very sensitive to any changes in their habitat, such as logging or dam construction.

Endemic species are much more than just ‘exclusive’ species to an island, forest, or region. Lately, the populations of these animals have changed due to man’s interference in taking samples of these species to different parts of the globe. This may have been as pets, for a zoo or with the purpose of starting and expanding the population in another region.

Why is it so important to protect these species? It’s due to their original population being limited to a certain environment or area. Therefore, the disappearance of one of these species from its natural habitat means the loss of naturally occurring examples.

These animals have adapted to the habitat where they live and they carry out a specific function in their ecosystem. This is apart from the fact that they form part of the food chain, which would be altered by the disappearance of some species.

This means that, for example, if a reptile is ‘food’ for a particular bird and the bird becomes extinct, then the population of the reptile will proliferate uncontrollably. An imbalance will occur.

A danger to limited species

Another problem that has occurred many times over the last century is the introduction of new species into certain ecosystems. This destroys the normal food chain and wreaks havoc on the ecosystem.

This introduction of new species (that may be intentional or accidental) changes the relationships and symbiosis that exist in a set territory. This mainly affects endemic species. Why? Because they don’t usually have contact with species outside of their ecosystem. These animals can also be affected by diseases that the newcomers bring.

While we should make efforts to protect all animals, endemic species need special help. Basically, this is because they don’t have set populations in many different areas, and this makes them more vulnerable than the rest.

For example, they are far more vulnerable than species that you can find in many different areas of the planet. These precious species are so important for their ecosystems. And we won’t be able to replace them!

Australia: The Land of Marsupials
Australia is known as the land of marsupials as there are just so many of them that live there. Find out about the most popular ones here. Read more »
Link copied!
Interesting Articles
Wild Animals
5 Thrilling Movies about Dangerous Animals