How Long Can You Leave a Cat Alone?

While a cat can survive several days without food, you shouldn't wait until they're malnourished and emaciated to decide they need to see a vet. 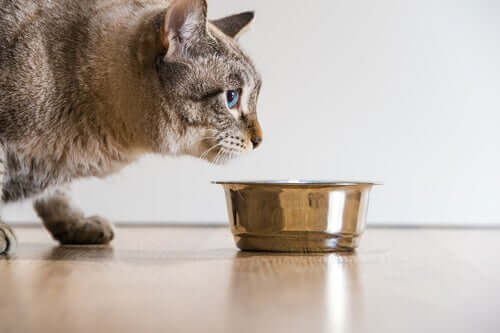 When planning a family getaway, pet owners often ask themselves how long they can leave their cat alone. When making this decision, it’s important to be aware that there are a number of different factors that need to be taken into account, such as age and personality.

Pets get used to spending time alone in the house on a daily basis, while their owners are out at work or making the most of their free time. However, there are times when owners can be away for longer than usual, even up to a few days.

Unlike dogs, birds, fish, and cats can go for longer periods of time without their owners. However, in spite of their famed independence, cats require a lot more dedication and affection. Owners who spend a lot of time away risk leaving their pets without food, in poor conditions, and a terrible emotional state.

How long can you leave a cat alone?

We don’t want to give an exact limit on how much time you leave your cat alone, as it will depend on a number of different factors. However, there are some basic things you’ll need to take into account:

How long can a cat survive without food?

Sometimes, even if a cat has access to plenty of food, an underlying illness can cause it to lose weight.

Among the many chronic illnesses that cause weight loss in cats there are a number of renal and oral diseases, as well as arthritis. Stress factors such as moving house or the arrival of a new member of the family can also cause a cat to stop eating and lose weight.

The maximum amount of time a cat can survive without food is roughly two weeks. That’s as long as it has access to plenty of water. However, this will also depend on several other factors. For example, this time frame will be significantly reduced if the cat is suffering from a serious illness.

How well an animal can survive without food for a prolonged period will also depend on its situation. A stray cat is normally better at surviving extremes of temperature and food shortages.

You can try to stimulate your cat’s appetite by changing their diet or making it into a game by hiding small portions of food for them to find. If your cat still isn’t eating after a few days, it’s vital that you take them to the vet. Never let your cat get to the point where it’s emaciated or malnourished.

Cats are independent animals, and underlying problems can easily go unnoticed by owners. Any significant changes in eating habits or behavior are sufficient reasons to take them for a check-up. This will help ensure you catch any issues early on.

How Long Can You Leave Your Cat Home Alone?
Many people do this without thinking too much about it, but how long can you really leave your cat home alone? Find out the answer in this article! Read more »
Link copied!
Interesting Articles
Cats
The Wild-looking Serengeti Cat