The Beauties of Short-Haired Cats 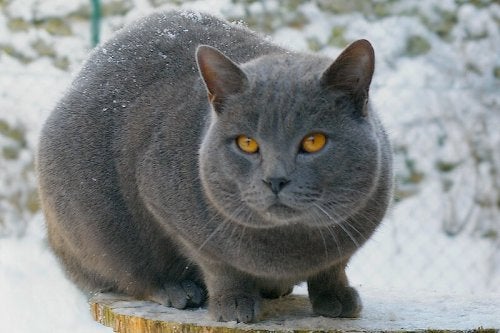 Are you looking for the perfect pet to adopt? Do you want a companion that doesn’t require very much attention or grooming? If so, short-haired cats are definitely an excellent option.

Due to their sense of independence, felines are perfect for people who are often away from home. Likewise, some breeds that don’t require that much maintenance can be the best option for these kind of people. If you want to learn more about short-haired cats, then this article is for you!

What Are the Different Breeds of Short-Haired Cats?

There are approximately 25 short-haired cat breeds, such as ones listed below:

This is a medium-sized breed, and has a double layer of short silver fur. Russian Blues are cats that stand out for their superior intelligence and affectionate nature. These cats love cuddling up against their humans. They have long ears, prominent whiskers and don’t cough up hairballs. The Russian Blue is one of the oldest cat breeds, which originated from Northern Russia.

This hybrid feline originated from the United States. It is a cross between a domestic cat and a leopard. Keeping a Bengal cat as a pet is like having a small wild feline with a tabby-colored coat. The Bengal is a strong and muscular cat with a thick tail, small ears, and short, thick and soft fur. They are great swimmers, which is a strange quality for a cat. These cats can also be hyperactive and playful.

The Devon Rex is another short-haired breed, but these cats have soft curls. They originated in the English city of Devon and they have big ears, oval-shaped eyes and a small head. This breed is loving, soft-spoken, vigilant and highly attentive. Their coats are usually yellow.

One of the Manx breed’s unique qualities is that it has no tail. Instead, it has a very small tail on its back due to a natural mutation. These cats are originally from the Isle of Man (Great Britain), and were very popular about 300 years ago. Their fur is usually white with either black, gray or brown spots.

The Manx cat prefers quiet environments, but is not at all shy. It likes the attention of its owners, and can easily adapt to any family environment. When Manx cats have access to the outdoors, they demonstrate impressive hunting skills.

This breed’s name come from the words “Ocelot” and “Cat” due to having short-haired, spotted coats just like wild felines. The breed emerged in the United States after crossing a Siamese and a Siamese-Abyssinian. These cats are not very popular in Europe, but Ocicats are strong, wild-looking pets. They have a prominent nose, large ears, muscular legs and a long thin tail.

The Ocicat is playful, curious, active and dominant towards other cats. Their fur is very easy to maintain since the only thing it requires is to be brushed on a regular basis.

Chartreux cats are originally from France, although their ancestors came from Turkey and Iran. They have either orange or copper-colored eyes, and short, bluish fur. The Chartreux is a rare, but very popular cat in France and is very similar to the Russian Blue.

Chartreux cats are calm, quiet, and reserved animals that are devoted to their owners. Even though they are playful and very curious, their favorite hobby is sleeping.

This is another short-haired cat breed that gets everyone’s attention because of its small, rabbit-like tail. These cats are iconic in Japanese folklore, and are quite popular throughout Southeast Asia.

Their fur is soft, smooth and silky, and somewhat wavy at the tips. The Japanese Bobtail is a highly active feline that is outgoing, curious and loves to explore everything at night. However, this specific breed strongly dislikes solitude.

Originally from Cornwall (South West of England), this domestic cat breed is elegant and slender, but quite muscular. These cats are covered in soft wavy fur. They are medium-sized and have large round ears. Their eyes are also medium-sized, and are light-colored. This breed also has a thin tail, and its fur can vary in any color.