The Sokoke: an African Cat

Despite the Sokoke Cat's history of living in the wild, this feline is very sociable and loves to be surrounded by humans. 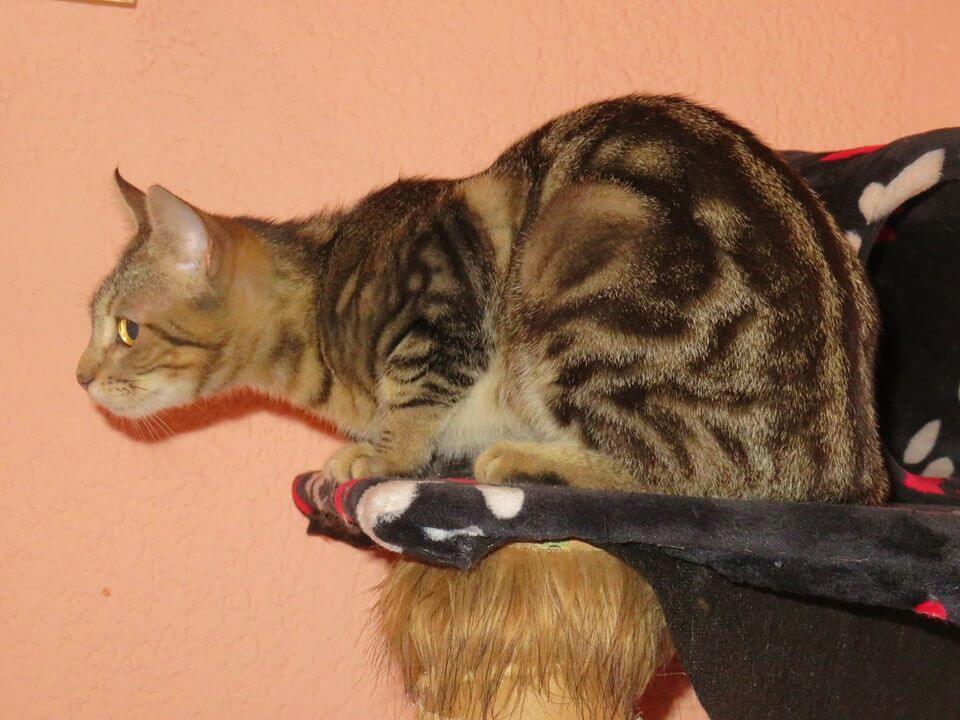 Although their elegant and stylish appearance may remind you of wild cats and may get you to think that they’re a hybrid race, the Sokoke is a genuine representative of the Felis catus. Sociable, talkative and active, he’s a great climber that needs space to exercise.

From Africa to the world

This cat breed has developed particular traits that ended up making it their own race. They come from the Kenyan coast, especially from the rainforests of the Arabuko Sokoke Forest Reserve, which is where they get their name from.

For several centuries, they lived isolated from other cat populations. These cats’ natural course of reproduction end up giving them a homogenous appearance.

A breeder first brought them to Europe through Denmark in the 1880s. From there, they spread to other countries of the old continent and then to the rest of the world. Although this breed is still not very popular, they have been recognized by the main feline associations.

Take a look at the Sokoke cat that comes from the rainforests of Kenya. These cats were first brought to Europe in the 1880s.

Physical traits of the Sokoke Cat

They’re slim and muscular, and these medium-sized cats stand out for their highly developed senses of sight, hearing and smell. Other traits of this beautiful cat breed are:

A cat that needs space to exercise

Despite their wild ancestors, it’s a very sociable animal that enjoys human company. They get along very well with children and other pets. They also can emit multiple sounds in order to communicate. This breed is, without a doubt, very talkative.

Since this cat breed is very intelligent, you can train them to walk outside on a leash. Inside the house, they’ll definitely follow their owner around.

Anyways, they’re independent, very active and curious cat that love to climb, jump and squeeze through narrow spaces. Obviously, they shouldn’t live in an apartment, as you might have realized. These cats need space to run and play.

They also like to spend time in trees, as they did in the African forests. So, if you don’t have a garden that’s built to keep your cat from escaping, you can buy or build something for them to climb on.

How to take care of the Sokoke Cat

The Sokoke Cat has a life expectancy of between 12 and 15 years. They’re a very healthy breed thanks to natural selection and, so far, they show no hereditary health conditions.

Also, as with any pet, you should get them checked by a vet on a regular basis to make sure they’re healthy. You should also make sure they’re up-to-date with their vaccine schedule. The vet will also tell you which diet is best for your cat according to their traits in each stage of life.

Aside from that, a weekly brushing will keep their short hair shiny and smooth. And, of course, make sure they have plenty of space to fun around in.