Tips on How to Control Litter Box Odor 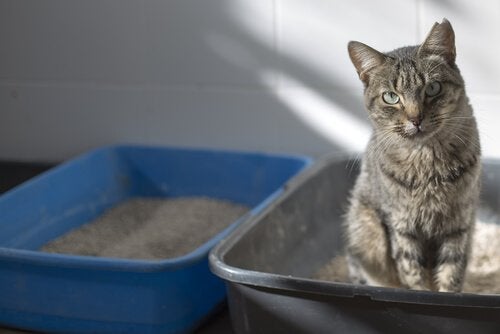 How to Avoid Litter Box Odor

While kitty litter is usually cheap, we understand that changing it daily can be a big expense that you may not be able to afford. But you should be changing the litter at least twice a week if you have one cat. If you have two or more,  and they use the same sandbox, it’s likely that you will have to change it three or four times a week.

Scoop up the droppings

Using a plastic bag, which you will then seal, remove droppings from the litter box. We understand that you may be working or doing other things and can’t do it immediately, but get used to checking your cat’s litter box when you get home, and proceed to remove anything you find.

If you see that there is urine in the litter that has not yet gone to the bottom of the litter box, you can use a scooper and a bag to remove it. That will keep it from spreading to clean litter.

You may like this article too: 9 Reasons Why You Should Adopt a Cat

Once you’re ready to swap out the kitty litter, it’s highly recommended that you clean the litter box with bleach or another disinfectant before adding fresh litter. This way it will stay well-sanitized.  Don’t forget to thoroughly dry out the litter box so that the smell of the cleaning products doesn’t bother your cat.

There are all kinds of options for cat litter at the store now. Scented cat litter is perfect for preventing litter box odor, since it gives off a mild scent that permeates the surrounding area and delays the arrival of bad odors.

The litter, along with your cat’s claws, will break the litter box down over time. The small scratches will let in odors from the animal’s urine and feces, where they will remain. Since these scratches would be very difficult to fix, it’s best to just buy a new litter box.

You know better than anyone how often you will have do this, although it’s recommended approximately every six months, with one year being the maximum. So don’t invest a lot of money in your cat’s litter box, since swapping it out every few months could get very expensive.

Check this article out: It’s Possible! How to Bathe Your Cat

In addition to using scented litter, there are cat litter deodorizers on the market that can help to mask bad odors. Although these deodorizers could make the litter last a little longer, using them does not exempt you from changing out the litter since, as previously stated, the only thing they will do is ‘cover up’ the smell, not eliminate it.

Put the litter box in a well-ventilated area

If you put the sandbox in an open or well-ventilated area, bad odors will dissipate better. Keeping it hidden in a corner with the door shut will only make the odors intensify and smell even worse.

What do you think of these tips for preventing litter box odor? If you follow them, you can say goodbye to odors while simultaneously getting the most out of the litter box and bag of cat litter.