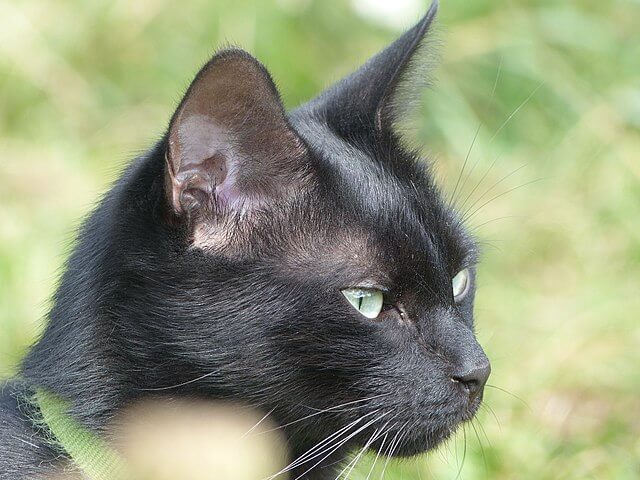 Just like with human skin, melanin is what determines cats’ coat colors. In fact, melanin has two structural components: eumelanin and pheomelanin. While the former produces shades of brown and black, the latter gives the red and yellow coloring. The proportion and combination of these components in the genetic structure determines the colors of each animal.

Cats are similar to humans in this regard. The amount of melanin in their bodies is transmitted genetically. What we mean here is that the inherited genetic load from the parents determines the coloring of the kittens’ coats.

It may just seem like an easy math problem, but genetics are not always exactly proportionate.

These cats have “extreme” characteristics, with a high prevalence of eumelanin or pheomelanin in their genes. These cats’ coats are either black, medium or dark brown, or red. They are also known as dense pigment gene cats.

The red-toned gene has a very special peculiarity. It is capable of determining whether the kitten will be a solid color, or if its coat will be different shades of red.

These cats have different combinations of eumelanin and pheomelanin in their genes. They cause a variety of colors, such as cream, beige, lilac, blue, etc. These alleles are also called Maltese dilution.

Can you predict a kitten’s coat color?

In order to anticipate the coloring of a litter of kittens, you must pay attention to the parents’ coloring and lineage.

When either the mother or the father possess dominant genes, the kittens will have the same coloring as that parent.

Kittens born to a feline couple with recessive genes will have subdued colors and tonalities.

To have a litter of white kittens, you must make sure that at least one of the feline parents comes from a line of white genes.

Only a bicolor mother or father cat can breed bicolor kittens. The same is true for colorpoint varieties, also known as the Himalayan cat.

Tipped, shaded and smoked are all very special variations of tonalities in cat’s coats.

In order to breed kittens of these tonalities, either the father or the mother of the kittens must have these genes. Additionally, neither of them can have dominant genes.

Breeds and colors of characteristic cats

Classically, some colors were always characteristic of certain breeds. However, the dissemination of selective breeding and reproduction allowed for the diversification of cat’s fur patterns. Currently, most breeds accept varying shades of cat colors without losing their purity.

Unicolor animals have solid colors. What we mean here is that their coats have the same coloration from the roots to the tips of their fur. The most common colors are black, white, gray, cream, lilac, blue, sable, fawn, chocolate, red, cinnamon and chocolate.

A cat whose coat is uniformly black will not have uniform coloration, but rather will have different shades, nuances, or white spots and/or hairs.

The colors chocolate, cinnamon, blue and gray are dilutions of black.

Red-colored coats are not actually uniform. However, red cats appear to be unicolor due to the controlled crosses of selective breeding.

Cream, which is a recessive color, is a dilution of red.

Cats with brown, dark brown or sepia-colored coats are known as sables, and are exclusive to the Burmese breed.

The color white originates from a large number of genes and is present in many different breeds. Experts have discovered that white cats with blue eyes carry a gene that causes deafness.

This pattern is commonly found in red (sorrel or cinnamon) and reddish-colored (classic or ruddy) coats. But you can also find this in cats of other colors, such as blue, chocolate, cream, lilac or silver.

The tabby pattern splits up into 3 similar types and can be found in cats with coffee, blue, chocolate, cinnamon, silver, cameo, red, lilac, and cream-colored coats.

This pattern widely derives from the combination of dominant red and black genes. Tortoiseshell cats usually have tabby markings. This is why their coats appear to have two or more colors.

Generally, the way to achieve kittens with this type of coloring is through selective breeding and parenting, which is why it currently exists in a wide range of breeds and colors. 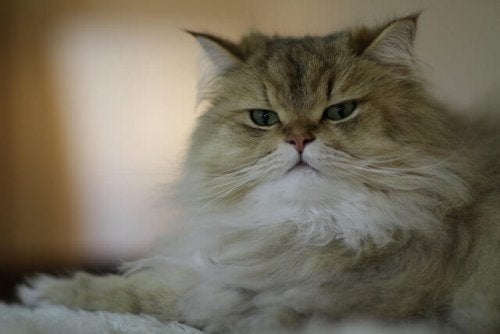 5 Beautiful Long-Haired Cat Breeds
Felines are such elegant, sophisticated animals. In this article, we'll talk about some of the most beautiful long-haired cat breeds. Read more »
Interesting Articles