The 7 Most Independent Dog Breeds

It is no secret that dogs are dependent animals 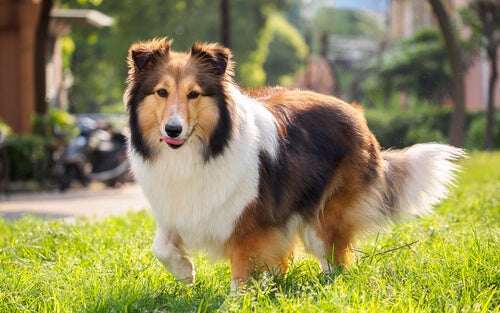 Twenty-three years ago, a psychologist named Stanley Coren published his work called “The Intelligence of Dogs”. In this book, the expert classified different dog breeds according to their varying levels of independence and intelligence. Henceforth, many researchers and trainers believe that some breeds are more independent than others.

Dogs tend to travel in packs. And, they live around urban areas. In the best of cases, they are protected by a human being who loves animals.

Furthermore, some breeds stand out for their calmness, intelligence, adaptability, obedience and ability to learn. Let’s check out the seven most independent dog breeds.

Poodles are a fairly intelligent dog breed because of their strong memory. People with poodles often suffer the least if their dogs go astray. This is because the poodle will look for and find the way home.

This is the kind of dog that can take a walk by themselves, even when living in buildings. Generally, their human neighbors recognize them and simply guide them so they can go back home, as they marking the path to follow. Their sense of location is excellent.

It is not recommended for people to have large dogs when living in apartments and enclosed spaces. Unless the dog in question is a Golden Retriever. Their coat is not the only thing that is elegant about these noble friends, and, in fact, their steps and movements are very refined in contrast to the considerable size that they achieve as adults.

Behavior is another aspect of these dogs that is worth highlighting. Golden Retrievers hardly ever demonstrate violent or disproportionate behaviors. That is why they are ideal for families with small children. They project their personalities with emphasis and this gives them a privileged position among the most independent dog breeds.

German Shepherds Are The Most Hard-working

German Shepherds are almost always the dogs that the police force train and use to search for drugs and missing persons. With proper training, their nose becomes a radar that prevents them from getting lost and from losing you, under any circumstance.

raditionally they help in the fields for arduous jobs. Some examples include shepherding and surveillance of the livestock. German Shepherds are one of the most intelligent canines around and are prepared for all sorts of practical lessons.

Shetland Sheepdogs And Their Watchmen Qualities

Shetland Sheepdogs can live either in a building or in a house in the country. They are hardly ever aggressive for no apparent reason.

Reserved with strangers and loving with their relatives, they make excellent guard dogs. These pets are able to alert their owners about the appearance of intruders through their distinctive bark. They can also be raised alongside children and almost never become jealous.

Loyal, active and perceptive. Doberman Pinschers are dogs with a strong muscular structure, designed for the obedience of human beings. In previous decades, they were the police force’s favorite breed.

Nonetheless, remember that they are guard dogs. And, we recommend using a muzzle while they’re young. Appropriate amounts of training and socialization will allow them to become model dogs, but this will depend enormously on the dog’s owners.

Among the most independent dog breeds, the Shih Tzu is one of the dogs that stands out. Also called the “lion dog”, these little friends stand out for their loyalty, their pronounced form of walking and their adaptability. They have peaceful personalities, but remain alert in the presence of strangers.

It is very unlikely that a Shih Tzu will get too far from its owner. Despite their apparent tranquility, they are always observing their environment. That is why they have earned their reputation as watch dogs. However, ever since first originating in the Asian continent, people didn’t intend this dog for this purpose.

Labrador Retrievers Are Also Among The Most Independent Dog Breeds

Truth be told, it seems as though all labrador dogs are exceedingly free, obedient and independent. And remember, these dogs know how to cover large tracts of land while guiding large herds of sheep and cattle.

Do you want to own an intelligent, docile, and perceptive dog? Maybe you want one that won’t get lost. Either way, these breeds are your best options.