83 Animals Have Been Rescued From an Illegal Breeder 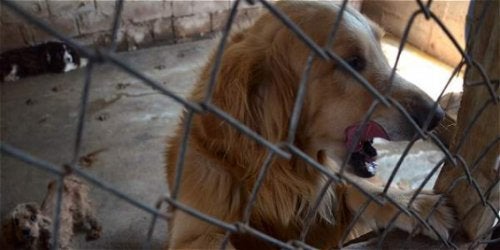 An Illegal Breeder in Medellin

“Pet mills” are a growing and worldwide problem. It is especially bad in countries such as, the United States, Australia and the United Kingdom. People here will pay for dogs or cats that are of a certain breed. Or purebreds.

Pet commercialization is a business that is lucrative. However, it is also cruel. More importantly, breeding sites are difficult to denounce, this is because locations are unknown and people are afraid to act.

Fortunately, the latter did not happen in the town of San Cristobal, in the city of Medellín, Colombia.

A group of neighbors denounced the illegal breeder and his breeding grounds through a video. The video evidence proved that the 83 animals were living in terrible conditions.

A girl named Milena Pérez Ospina, posted the recording to her Facebook profile. This became viral and eventually reached authorities.

The environmental authorities went on to rescue 67 dogs, 14 cats and 2 miniature pigs. All of the animals inside the illegal breeding ground were in a terrible state.

The animals showed signs of malnutrition and dehydration. At the time of rescue, the animals were living in a tiny and dirty cage. One of the puppies was even dying in its crate.

As far as they could tell, the water supply to the location, had been cut off for weeks.

Furthermore, the business owner would only visit once each day and sometimes, he did not visit at all. The animals were alone and without care.

The environmental police in Medellín indicated that the establishment did not meet sanitary requirements to function as a breeding ground. Additionally, the animals were subject to various forms of abuse and negligence.

During the rescue operation, officers captured a man who will be tried for the crime of animal abuse. Under the Law 1774, of that country.

The Case of Another Illegal Breeder

This story took place in Argentina, in the City of Buenos Aires. The 68 rescue animals were in a total state of abandonment at a house in the neighborhood of Almagro. Local police, volunteers from the dog shelter El Campito and the Animal Cruelty Prevention Center, all participated in the operation.

The rescue effort began early in the morning and ended in the afternoon. Right away, the judge who intervened in the case, gave the order to enter the location and remove the animals.

It took rescuers approximately three hours to complete the operation. This was due to conditions in the house and the dogs. Using surgical masks and gloves, the volunteers took it in turns to look for the fur babies, one by one.

According to the Animal Cruelty Prevention Center, there were 66 Toy Poodles housed on the breeding ground, all in a terrible state of health. Besides that, there were also two Labrador dogs, allegedly stolen from the area.

Upon finishing the dog rescue, a group of neighbors on the police perimeter cord, broke into a round of applause. This to show their appreciation for the effort of everyone involved.

Many people took photographs to post on social media, as a token of their gratitude. Authorities took the dogs to an animal hospital where veterinarians will help them to recover.

There is no doubt that the best way to avoid cases like these is to avoid buying animals from breeding grounds. Moreover, it is important to make sure that the puppy’s parents are in good condition and to check if the establishment has the necessary permits.