Bulldogs are great companions. They might have the same origin, but these two breeds are actually quite different. 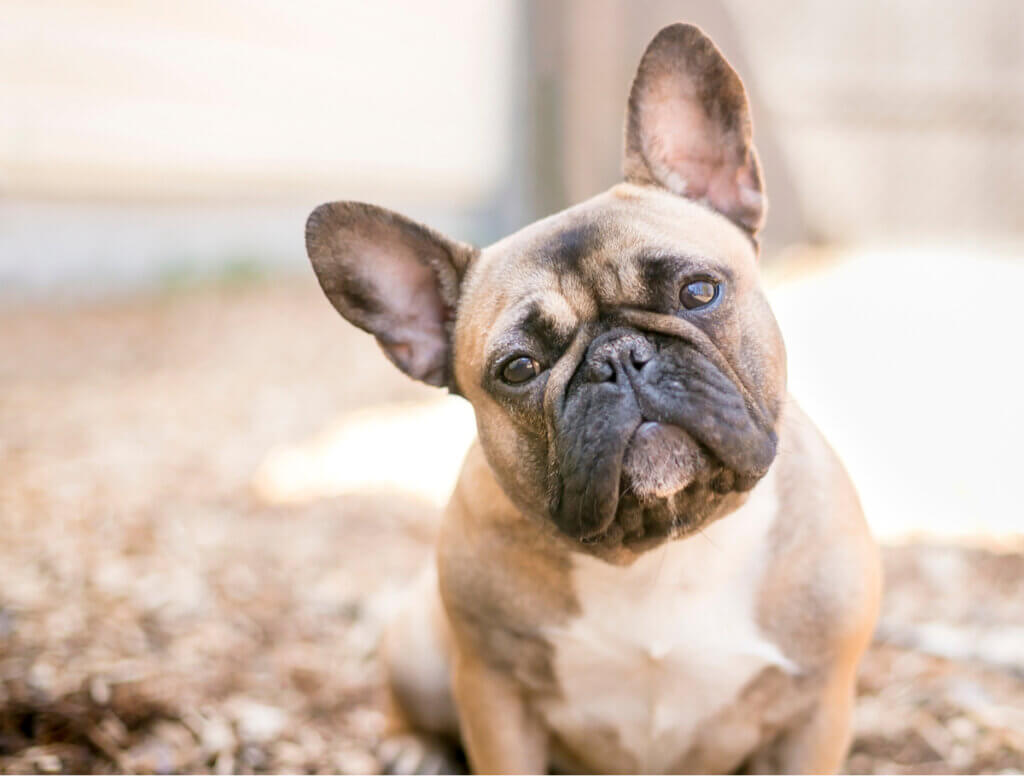 Bulldog breeds are some of the most lovable dogs around. When you think of bulldogs, the English breed probably comes to mind because of its iconic underbite and adorable wrinkles. French bulldogs are smaller in stature but just as charming.

Bulldogs had a difficult upbringing. Initially bred to fight bulls (hence the name), many families choose bulldogs for their affectionate and relaxed personalities. You can read more about two popular bulldog breeds below.

The English bulldog: from fighter to national symbol

Bulldogs were first bred in the 13th century for bullbaiting, a brutal sport where a pack of ferocious bulldogs and an angry bull were provoked to fight. Onlookers would place bets on the outcome.

Clearly, the first generations of bulldogs were strong and had a high threshold for pain. They were much bigger than the bulldogs we know and love today.

Once the sport was banned, clandestine fights continued and betters wanted even bigger dogs. They bred bulldogs and terriers, which resulted in bull terriers.

Bulldogs were eventually demoted from their position as the top bullfighter, but admirers of the breed started the long process of selective breeding to create the cuddly companion we know today. The idea was to soften out the bulldogs’ brutish traits.

This selective breeding was so successful that, in 1886, the English bulldog was officially recognized as a breed, revered for its distinct physical characteristics and affable personality. The breed was so well-liked that it eventually became the national symbol of the United Kingdom and the mascot of Yale University.

The French bulldog: a Parisian aristocrat

French bulldogs started out as blue-collar companions, popular among the Parisian working population. They quickly became the preferred pet of the high society and among artists, and were officially recognized as a breed in 1898.

Although these two bulldog breeds have similar origins, there are several differences between them.

This breed is short-haired, heavy, short in stature, and powerful. Their ears are small and sit high on the head, which is actually quite large in comparison to their size.

English bulldogs have short snouts and are actually a common example of brachycephalic dogs. This can cause breathing problems, snoring, and panting even after light activity. English bulldogs have large, strong jaws, and a characteristic underbite. That’s why you will almost always see them with their lower teeth sticking out of their mouths.

English bulldogs are famous for their wrinkles, which they have above their nose and ears. They have thick, short necks with loose skin hanging, forming their signature dewlap.

Their bodies curve down towards their tail, a common feature of this breed. They have wide chests, slightly arched backs, and taut stomachs. The tail is short, points down, and is usually round or curly.

English bulldogs walk in short, quick steps as if there were walking on their tippy toes. Their coat is short, fine, and smooth, and can be either one color, striped, white, or spotted.

French bulldogs also have a Molosser body structure like their English cousins, though they are much smaller. They normally don’t weigh more than 28 pounds, while English bulldogs typically surpass 44 pounds.

These dogs are petite but well-proportioned. They typically have short-hair, but with turned-up noses and large, pointy ears. French bulldogs can have wrinkles, though they are not as distinguishable as the English breed.

French bulldogs have wide heads, almost flat between the ears. In contrast to English bulldogs, their lips cover their teeth. These dogs also have a short, strong neck, but don’t have a dewlap.

The spine rises slightly at the mid-back, a trait dubbed “roach back,” which is common in this breed. They have short, smooth, shiny coats with stripes, white spots, or yellow-brown color. French bulldogs are social, active, happy, and playful, though they can be possessive.

As you can see, these bulldog breeds have several similarities and differences. Despite their distinct characteristics, both breeds are wonderful companions.

The Best Dog Breeds For Trekking
Practically any dog con practice trekking. However, some breeds are more prepared than others. Today we'll tell you about the best dog breeds for trekking. Read more »
Link copied!
Interesting Articles
Dogs
Gordon Setter: The Most Beautiful Pointing Dog