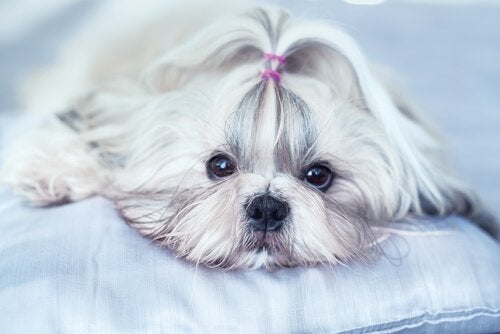 A lot of things that come from Asia attract people because they seem to be different and exotic. In this article, you can learn about dog breeds from China. Although it might seem strange, there are already a dozen, and many of them are some of the oldest breeds in the world. Some have spread across borders while others are still only popular in China.

You might find it hard to believe, but many of the most fashionable dog breeds come from China. Some have very distinctive features like wrinkles or a different colored tongue, but all of them are adorable. Find out more about some Chinese dog breeds below:

This isn’t a “new” pet. There’s evidence of its existence dating back from the year 206 BC. The symbol of the Han Dynasty, Shar Pei means “skin of sand” in Chinese. This is because of the color of its coat. Throughout history, it was used in different occupations, but nowadays it is a pet.

It almost disappeared in the 60’s, because this wrinkly dog was considered to be a symbol of the rich and a waste of food. It’s a peaceful, independent animal who is loyal to his master. It’s really important to keep the wrinkles of its skin clean to prevent fungus or mold from growing. This breed has very delicate skin and dermatitis is common.

This breed is originally from Tibet and is highly appreciated in Chinese culture because it’s a good guard dog. It’s linked to the Buddhism and people believe that it is the outcome form cross-breeding of a Pekingese with a Lhasa Apso (another Chinese breed). They can live up to 19 years. The name Shih Tzu means “Lion Dog” because it has a lion-like mane.

Small, with a short snout, large eyes, and covered in two layers of soft fur which reach the ground, this breed is loyal, sociable, affectionate, and prefers to spend all it’s time at its owner’s side.

This is one of the oldest dog breeds from China. It originated, as its name suggests, from the country’s capital. It descends from the woolly dogs of Tibet and the first examples appeared in the Tang Dynasty (4,000 years ago). This dog was really admired by the monarchy, in which a certain protocol had to be performed in order to have the dog in his presence.

This breed is excellent as a guard dog although it doesn’t bark that much. These dogs love the comfort of the home and don’t need a lot of exercise. The Pekingese is a very brave breed, and will not hesitate to defend its home or territory, or even stand up to a larger animal. It has a large head in comparison to its body, widely-spaced eyes, and a flat snout (they can suffer from brachycephalic syndrome).

Although this is a Chinese dog, it has gained much popularity in the United Kingdom. It’s a type of Molosser and is one of the most popular in the world. Its name derives from the English word “pugg”, which refers to a small and playful friend.

The Pug has a solid, compact, muscular body with a square, flat snout, large dark eyes, curly tail, and soft fur with a lion-like silver or apricot tone with a black face. This dog is popular because it’s very alert, lively, and prefers the company of humans than other dogs.

This breed comes from northern China and it’s believed to be used for providing protection to Buddhist palaces and temples.  The name comes from a Mandarin record for “diverse goods”. This was written on the first crates that were shipped to England. Another theory suggests that in reality it’s a derivation of “lion dog”, because it has a lion-like mane.

The Chow Chow has a strong body with small triangular round pointy ears. It also has small eyes, and a somewhat blue tongue. They make excellent companions, are quite shy, and loyal to their family. They’re also not too active (they can live in an apartment without any problems).